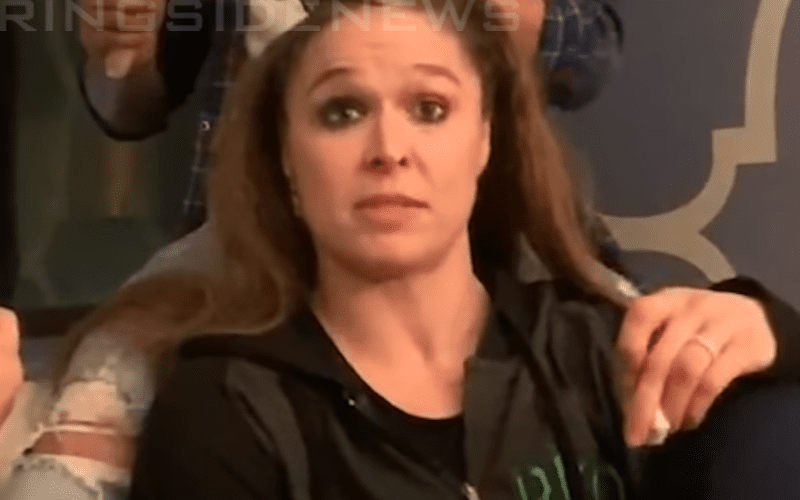 WWE needs as many eyeballs on the product that they can get. They are pulling a ton of tricks out of their sleeves, and Ronda Rousey shooting on the pro wrestling business seems to be something they’re going with.

Dave Meltzer noted on Wrestling Observer Radio that one of WWE’s goals with Ronda Rousey’s scathing promo on the business was to ignite a fire in pro wrestling fans. The intention to be controversial has been achieved, but he also revealed another goal for the company on the road to WrestleMania.

“I think that’s one goal. I think the bigger goal is to get people outside of wrestling talking about Ronda Rousey is in the main event of WrestleMania and we’re not sure what’s happening and it’s Ronda Rousey who was a pretty big public figure and get ESPN talking about it and things like that.”

It was also noted that the idea is not to get “David Arquette publicity,” but rather to garner attention in a positive way. WWE is trying very hard to get the public to pay attention. They are likely going to closing out the biggest show of the year with a Ronda Rousey match. So WWE wants people to question whether she is actually going to shoot on her opponents.