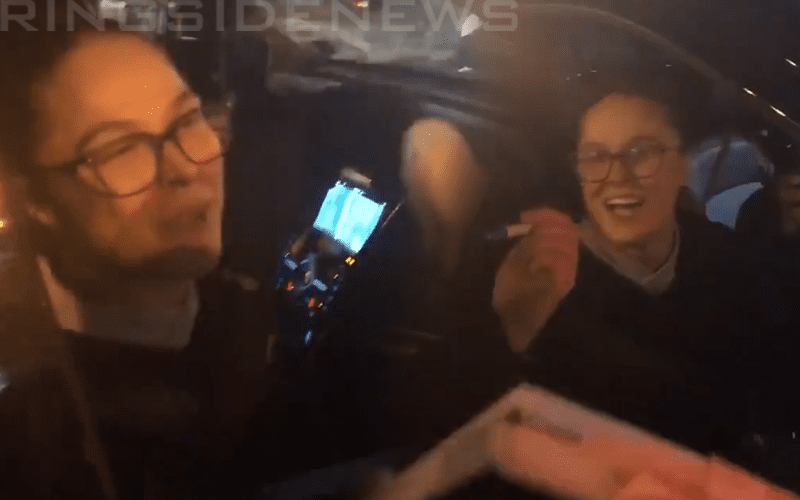 Ronda Rousey is the Baddest Woman On The Planet and now she will continue to prove that fact. She released an F-Bomb filled rant on YouTube where she got everyone talking. She called wrestling scripted and railed on Becky Lynch and fans in LA for turning on her.

After WWE’s live event in Toronto on Friday night, Rousey tried to continue her hateful rhetoric to get heat from the crowd. She bashed poutine, the Toronto Maple Leafs, and the entire country of Canada. However, she couldn’t keep it up.

Rousey was soon smiling as the Canadian fans were super nice and supportive and only wanted to welcome her. She wouldn’t sign an autograph which is notable, but she also smiled as she asked them what else she could use to insult them. Apparently, it is hard to come up with things to insult Canadians about.

This was a pretty great attempt to rile up the crowd outside the event. Needless to say, this is not what those fans were expecting when they lined up to catch a glimpse at WWE Superstars leaving the arena.