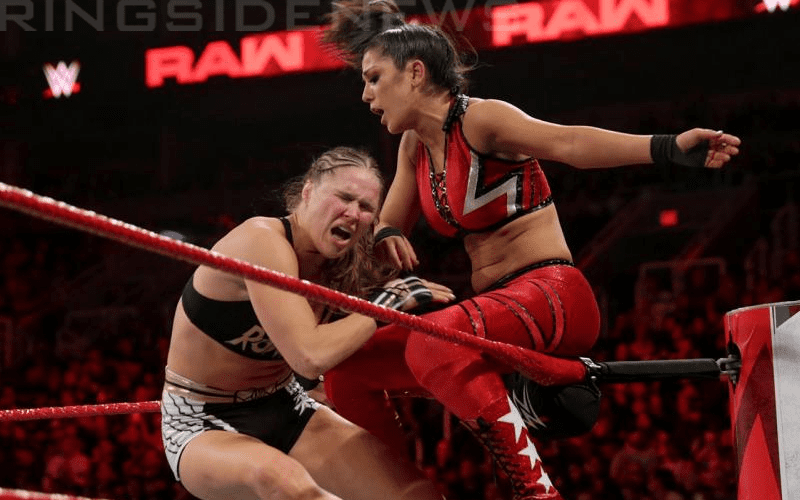 Ronda Rousey walked into WWE with a huge push behind her even before her first match. It took some time for her to perform on RAW, but she slowly ran through a majority of the RAW Women’s Division.

Bayley faced Ronda Rousey, but as The Hugger revealed to Newshub, working with the former UFC star was not what she expected.

“Working with Ronda was very different. It was what I expected – competitive and hard hitting. She is a different athlete – a complete, elite athlete and I’m really glad I had that much with her. She has done so much for the women’s division. She has brought a lot of new eyes and she has shown how tough we are. She is not the best but she is working hard to be the best.”

Ronda Rousey’s recent heel turn makes sense as WWE rolls into WrestleMania. This is especially reasonable if she is going to leave the company after Mania as well. We will have to wait and see what happens next, but according to Bayley, Rousey has already done a huge service to WWE for being a part of the company.