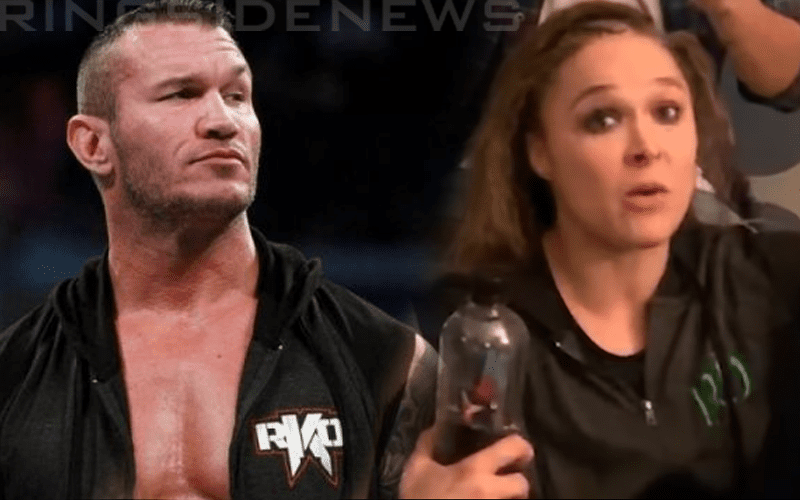 Ronda Rousey railed on WWE, Los Angeles, and the entire business as a whole in a recent video. Plenty of people took notice and the story was picked up by mainstream news outlets.

The entire time she was ranting away, it was hard not to notice that she was sporting a Randy Orton hoodie the entire time. Fans were bugging The Viper to comment on what she said, but all he could do was focus on her clothing choice.

Everyone is asking me if I have a comment on @RondaRousey in her latest video….. nice hoodie #rko #duespaid

We will have to wait and see what happens next in this story with Ronda Rousey. WWE is using a pretty interesting angle to pull off her heel turn. Maybe she could check her apparel before her next rant on the pro wrestling business so she doesn’t come off dentally looking like such a mark in the process.