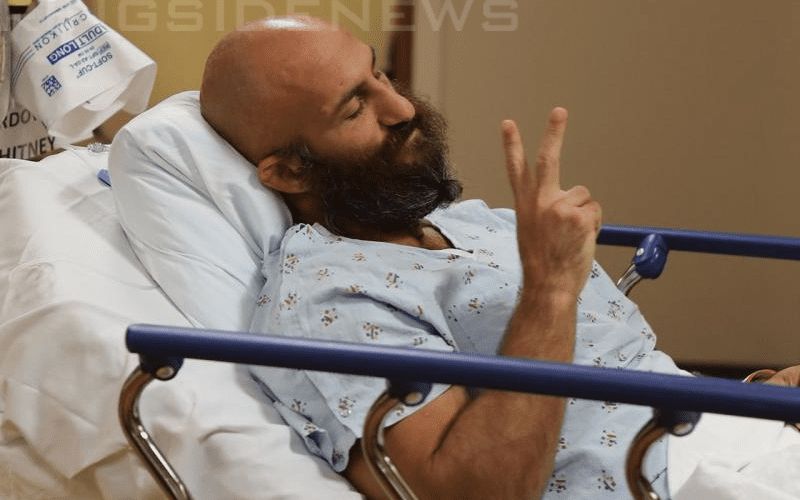 Tommaso Ciampa made his main roster debut and then he was taken out of action just a short time later. Ciampa had surgery today and WWE shared some pretty graphic photos to prove that they aren’t working the fans and give them a special look in the operating room.

NXT was giving Tommaso Ciampa time off and he was slated to have some time off after NXT TakeOver: New York, but Vince McMahon called him up on the main roster and now he is injured once again. This time it is his neck and that is never good.

Ciampa is very tough, so hopefully, he will be able to return in the six-month prognosis that WWE Superstars usually have after this kind of procedure. However, you never know with neck injuries just how they will heal up.

We are pulling for Tommaso Ciampa and keeping our fingers crossed here at Ringside News. If you would like to see the pictures WWE uploaded, you can check them out below.