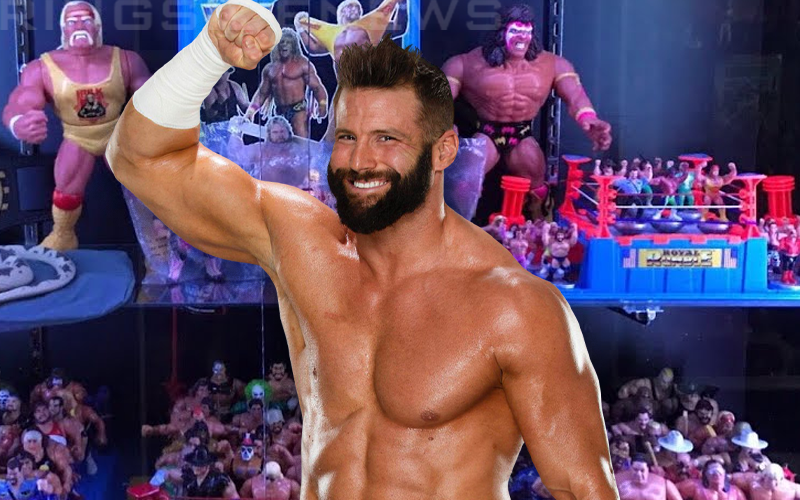 Zack Ryder loves his WWE history, especially action figures. He currently has a Major Wrestling Figure podcast with Curt Hawkins where that is all they talk about. Ryder also has a disposable income as a WWE Superstar and he can afford to spend some considerable cash on his hobby.

During a recent Not Sam Wrestling/ Major Wrestling Figure live show at Carolines, Zack Ryder disclosed how much he really spends on his favorite toys.

Zack Ryder swears that he only kept a few action figures and sold the rest. He said that buyers were already lined up and he made his money back. Ryder still spent enough to put a down payment on home on action figures.

Sam Roberts asked Zack Ryder how much WWE pays him to sit in catering. Then Ryder disclosed the most he ever spent on a single action figure and spoiler alert: it is a lot of money.

That is a massive amount of funds to drop on a toy. However, Hasbro stopped making the moon belly for Kamala without any real publicized reason and replaced it with a star. So the moon on the belly is extremely rare. Apparently, it’s worth $11,000 to Zack Ryder.