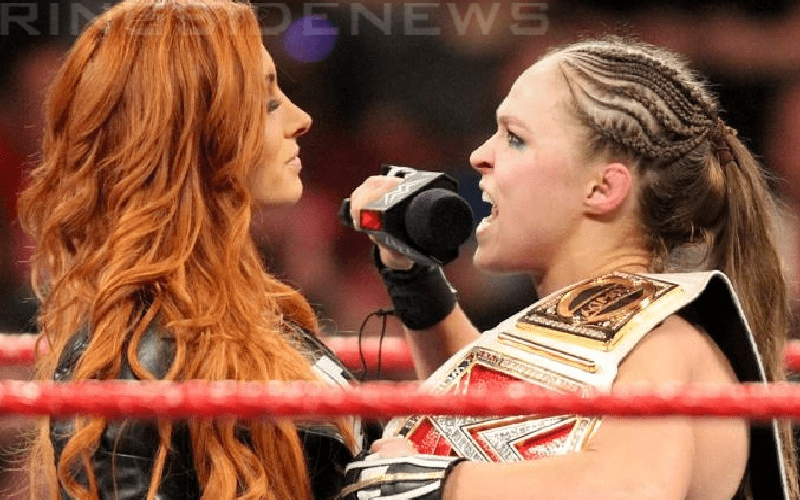 Ronda Rousey is fed up with Becky Lynch. She wants to get her hands on The Man so badly that she even laid down her RAW Women’s Title this week and walked away when Stephanie McMahon refused to put her back in the WrestleMania match.

Today Rousey said that Becky Lynch’s Dis Arm Her armbar makes it look like The Man is grabbing the “d*ck she wishes she has” then Rousey continued and straight up said that “I’m beating the living sh*t out of you the next time I see you.” Yep.

Rebecca Quin, I don’t care what the script says, I’m beating the living shit out of you the next time I see you.

Rousey also doesn’t care what the script says which I’m sure goes over very well with WWE’s new writers. Then again, this could all be a part of the show. Xavier Woods is certainly enthralled by what is going down on Twitter.