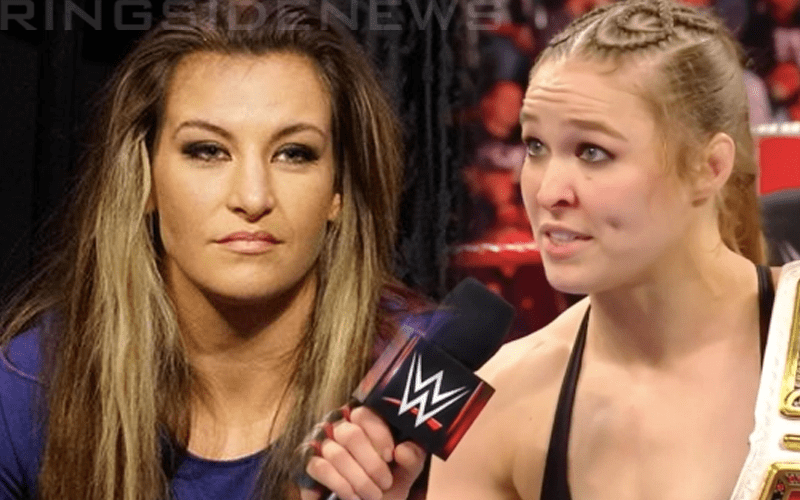 Miesha Tate knows Ronda Rousey very well. The two have met before in both Strikeforce and UFC and Tate can tell that Ronda isn’t playing games right now with Becky Lynch in WWE.

Tate spoke to MMA Tonight about Rousey and said that The Baddest Woman On The Planet is legitimately upset. Miesha Tate has brought this side of Rousey out herself, therefore she understands how irritated Rousey really is. By dropping the “F-word” on social media Ronda also proved that she is not a company woman.

“It got under her skin. I know about this. You don’t talk about her family, you don’t talk about this, even if it’s just a joke. She does not have a sense of humor, and therefore (expletive) got real. … No, Ronda’s pissed. Ronda’s not joking. She’s not playing games. She’s not used to having to play by rules. She never had to before. Why is she going to now? She’s already broken the rule with the F-word, saying some things are ‘fake.’ She’s not a company woman. She never has been.”

It was reported that WWE was very happy with the way Ronda Rousey and Becky Lynch’s recent NSFW social media beef went. You still don’t use the word “fake” when you’re talking about pro wrestling. Because a Superstar just might teach you a lesson you’ll never forget.

Thanks to MMA Junkie for the quote