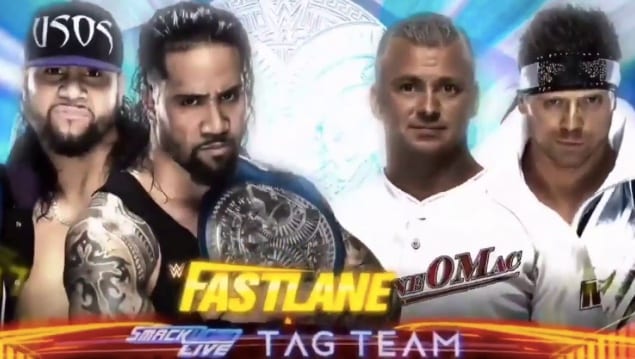 As seen on Sky Bet, the betting odds for The Usos vs The Miz & Shane McMahon at WWE Fastlane have been released.

The Usos were able to capture the SmackDown Tag Team Championships in their last encounter against Miz and Shane, as they continue to prove why they’re one of the best tag teams in the history of WWE.

The brothers will attempt to retain their belts this weekend at Fastlane, and if they win, they’ll carry the titles into WrestleMania for the second consecutive year. Whether or not they come out of the show of shows with the belts, however, is another story altogether.

Jimmy & Jey are currently the overwhelming betting favourites with odds of 1/9, whereas ‘McMiz’ are 5/1 underdogs. They aren’t the worst odds in the world, but you probably shouldn’t be expecting a title change when it comes to this match.

The big question is whether or not there’s going to be friction, or a full on break up, between Shane and Miz this weekend. It certainly seems like the logical move would be to have Miz return to his heelish ways by attacking Shane-o-Mac, which would almost certainly lead to a WrestleMania showdown between the two men.

Some fans may prefer that idea to others, but at the end of the day, all of Shane’s Mania matches since he returned have helped to get the guys he’s facing over.

Would it be a worthy match for that stage? If they’re given the opportunity to really put together something great, then perhaps.