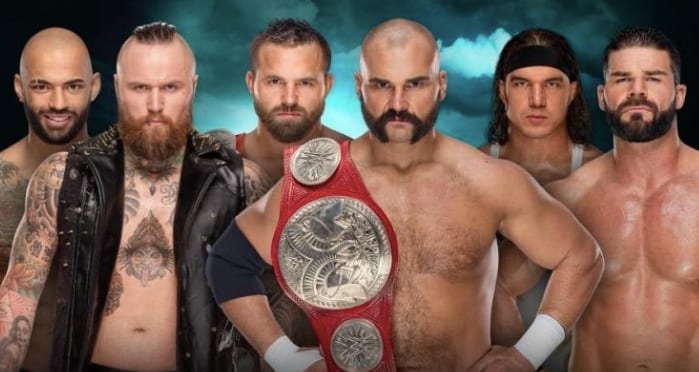 As seen on Sky Bet, the betting odds for the Raw Tag Team Championship match at WWE Fastlane have been released.

The resurgence of The Revival seemed to come out of nowhere in the last few weeks, with some fans wondering whether or not they were given the Raw Tag Titles purely to prevent them from leaving. Even if that’s the case, WWE fans certainly won’t complain about getting to see them do their thing on a weekly basis.

They’ll be taking on the teams of Aleister Black & Ricochet and Bobby Roode & Chad Gable on Sunday, as they put their belts on the line in a match that feels a little bit thrown together.

The betting odds have The Revival as the favourites to retain the belts at 4/9. Ricochet & Black are the second favourites with odds of 11/4, with Roode & Gable being the rank outsiders at 5/1.

This is the match where it feels like an upset could be on the cards, if only because Ricochet & Aleister Black have been on a great run of form since being called up to the main roster. Even if they stay competitive before The Revival steal the win, it should set things up nicely for another big time match between now and WrestleMania.

It doesn’t seem as if the titles are going to get on the main card at Mania, with some questioning whether or not they’ll get on the show at all. If they don’t, we can expect to see all six of these men in the Andre The Giant Memorial Battle Royal.