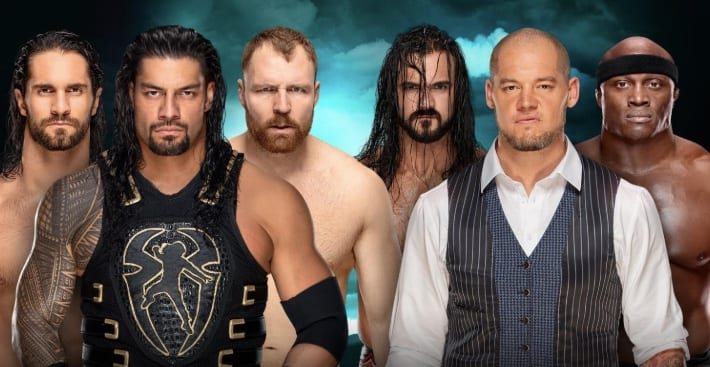 As seen on Sky Bet, the betting odds have been released for The Shield vs Baron Corbin, Bobby Lashley & Drew McIntyre at WWE Fastlane.

The return of Roman Reigns was considered to be a triumphant moment for everyone in the WWE Universe, as The Big Dog was able to recover from his battle with leukaemia quicker than anyone could’ve anticipated.

In what will be his first big pay per view match, Roman will be teaming up with his Shield brothers Seth Rollins and Dean Ambrose for what could be the final time. This is because WWE has confirmed that Ambrose will be leaving the company at some point in the days or weeks after WrestleMania – although some fans believe it could be a work.

The odds have The Shield as the 2/7 favourites, whereas Lashley, Corbin & McIntyre are 5/2 underdogs. In truth, it felt like those odds would be a little bit more favourable for The Shield.

It doesn’t seem like Ambrose is going to turn on his brothers again even if his departure from WWE isn’t a work, and because of that, we’re inclined to believe The Shield will get a big time win heading into WrestleMania.

It’s not yet known what they’re all going to be doing at the showcase of the immortals, because while Rollins is tied up with Brock Lesnar in the Universal Championship match, Dean and Roman are currently without opponents.

Could they end up facing off against one another in what could prove to be Ambrose’s final match with WWE? Time will tell.