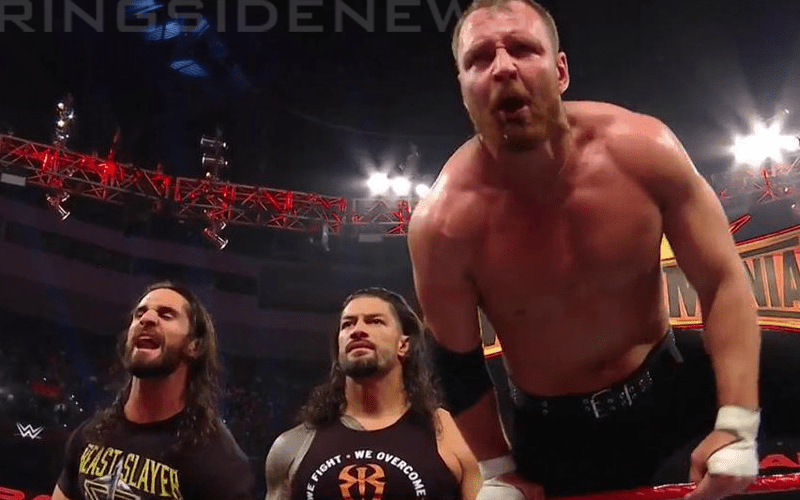 Roman Reigns returned to WWE RAW last week to announce that his leukemia is in remission and he is now back. This was great news to hear for all members of the WWE Universe, including one of his best friends backstage: Dean Ambrose.

WWE made a very interesting move this week when they started to address Ambrose’s impending departure from the company on their live television show. Roman Reigns made reference to it, but then Michael Cole explained it in detail later on. It was also said that Ambrose has not re-signed with the company, but that could very well change.

Roman Reigns stated that he will “take care of” Ambrose wanting to leave WWE. We have been told that at this point if Dean Ambrose does decide to stick with WWE it will be Roman Reigns’ doing.

We were told that WWE has “tried everything they can to keep him short of creative control and that’s not happening for anybody,” regarding Ambrose’s eventual WWE exit.

Therefore, the ball is in Roman Reigns’ court to convince Dean Ambrose to rethink his decision. Hopefully, it works for WWE’s sake because AEW will have interest in signing the Lunatic Fringe if he does allow his WWE contract to expire.