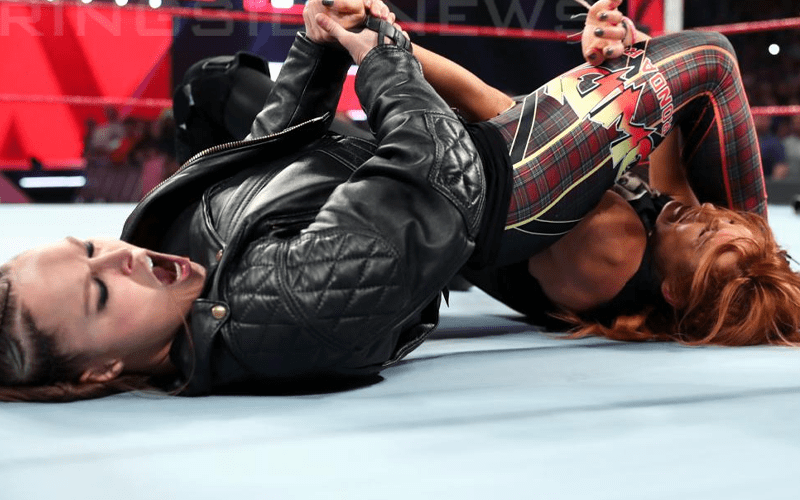 Ronda Rousey snapped at the end of WWE RAW this week. She left Becky Lynch laying on the mat and then after the cameras stopped rolling for the live broadcast, she continued the assault.

Becky Lynch got beat up pretty badly, but that’s what she wanted to see out of Ronda Rousey. The Man tweeted at Ronnie to let her know that she’s on her feet, but she’s more concerned about Rousey’s head because Lynch is pretty sure that she is still in there.

Good. That’s the Ronda I want to beat at Wrestlemania.

I’m on my feet today, but am I out of your head Ronnie?

Ronda Rousey’s heel turn was pretty abrupt, but we should have seen it coming. After all, if she is going to leave after WrestleMania then it makes it much easier for the WWE Universe to say goodbye to a heel rather than miss having a babyface around.