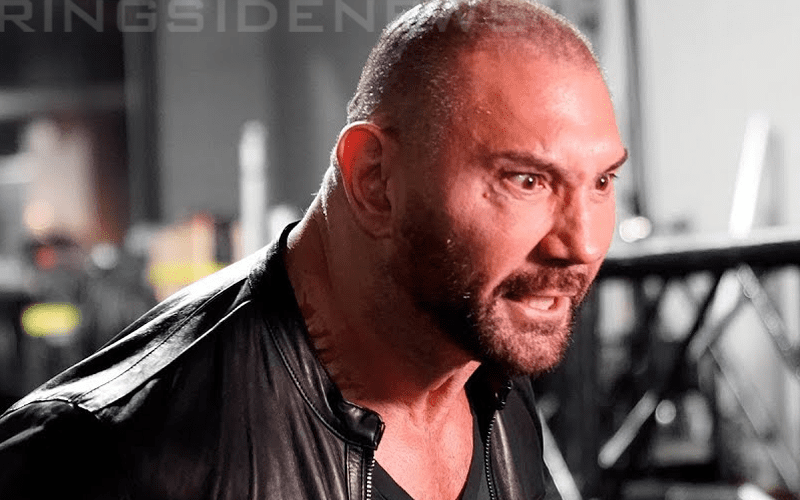 Batista was reportedly supposed to be at WWE RAW this week, but he did not appear on the show in person. He did cut a heel promo which he put up on Instagram and it was played during RAW.

We have been told that Batista wasn’t supposed to appear on the show in person at all. This was a report that was a bit premature, but there were other plans for him this week.

Batista was supposed to appear on RAW in a traditional “via satellite” segment. However, obviously WWE decided to change those plans around. We were told that this was done in an effort for the focus to remain on Triple H.

Sometimes the segments via satellite don’t turn out the way WWE likes. It can get awkward as most of the time the person on the other end of the video can’t hear the performers in the ring so their response can seem mistimed. In the end, Triple H’s scathing promo on Batista where he brought up Ric Flair’s deceased son was the way they went with the segment while simply airing Batista’s Instagram video so The Game could respond to it.