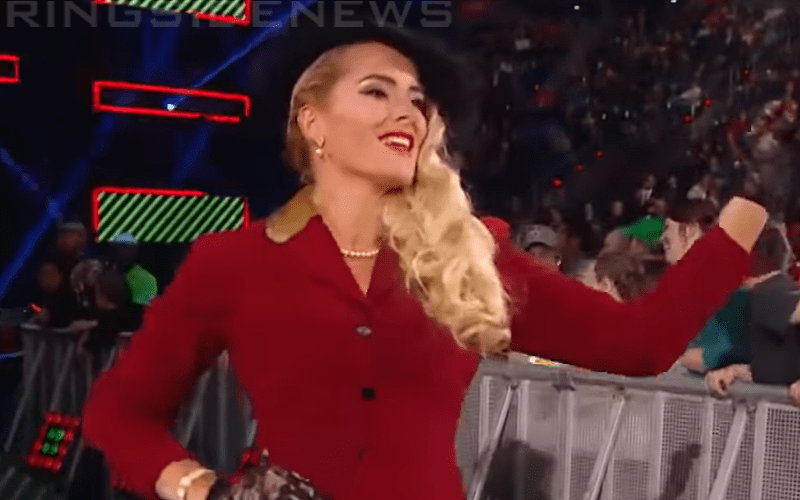 Lacey Evans is now the Lady Of WWE as she comes out just to wave hello at the live crowd. This is an effort to keep her face on television even if they don’t have a current storyline for her. After all, Vince McMahon reportedly has huge things in store for the former US Marine.

During RAW this week, Natalya and Ruby Riott wrestled a rather short match with Neidhart going over. As Nattie was leaving, Lacey Evans came out and did one of her signature appearances where she simply waved to the Philly crowd. However, Evans also took time to give Nattie a once-over as well.

Dave Meltzer noted on Wrestling Observer Radio that it appears Lacey Evans is being set up with Natalya for a feud. It was also noted that Evans will very likely win said feud because of the plans WWE has for her.

The rumor is that Lacey Evans is already penciled in for a big WrestleMania match as well. We will have to wait and see what happens next, but it looks like the WWE Universe might need to get used to seeing the Lady Of WWE on a much more regular basis.