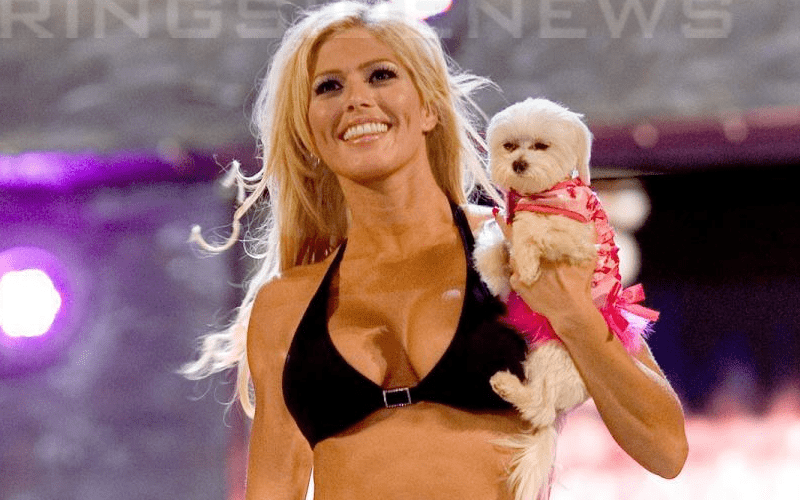 Torrie Wilson is now confirmed to be inducted into the 2019 class of the WWE Hall Of Fame. This is a big deal for her, but it has already created a stir which Gail Kim openly defended in outstanding fashion.

This news, of course, was first reported by Wrestle Votes along with news of Brutus “The Barber” Beefcake. It is still nice to see that WWE made the announcement official via ESPN.

Wilson came from WCW to WWE during a time before the WWE Women’s Revolution was in full swing and divas were still relegated to a lesser spot on the card. Bra and panties matches were all the rage as well when WWE thought that people wouldn’t pay to watch women wrestle. Her efforts and many others’ helped to change that.

This is a great achievement and it is deserved. Torrie Wilson might not have anybody to induct her this year if WWE is doing away with that practice, but it will still be good to see her back on WWE television after spending so many years away from the company focusing on her career in .