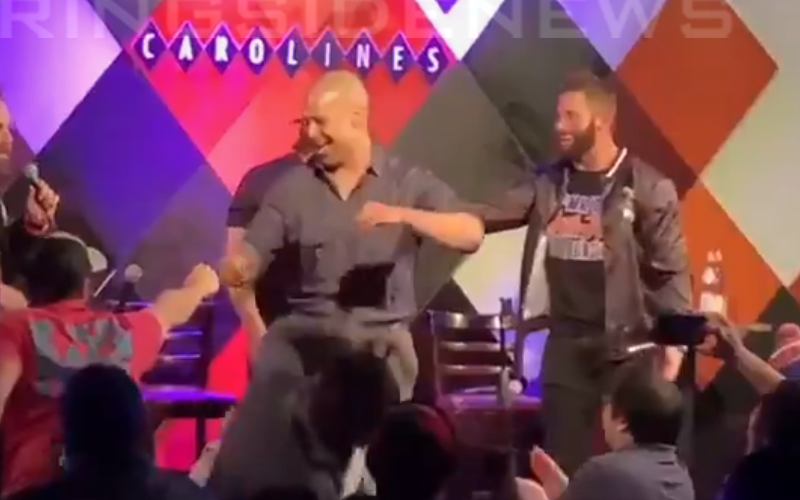 Maven won Tough Enough’s first season and the company really did try to put him over. They gave him a program against The Undertaker and even let Maven eliminate Big Evil from the Royal Rumble match. However, it didn’t really work out for Maven in WWE and he was eventually released.

His name isn’t heard very often as appearing at indie wrestling events either. He definitely wasn’t somebody who Zack Ryder thought would surprise him at the recent Major Wrestling Figure/Not Sam live show at the world-famous Carolines Comedy Club.

thecurthawkins surprised me with a very special guest at @notsam vs. @majorwfpod at @carolinesonbway……MAVEN!!! WHAT A NIGHT! WHAT A SHOW!

In case you were wondering, Maven as of 2013, was working as a bouncer at a New York City club according to someone who spotted him. He certainly kept in good enough shape and I wouldn’t want to try and get past him if I’m not on the club’s list. It is really great to see Maven though and everyone seemed incredibly happy to see him too.