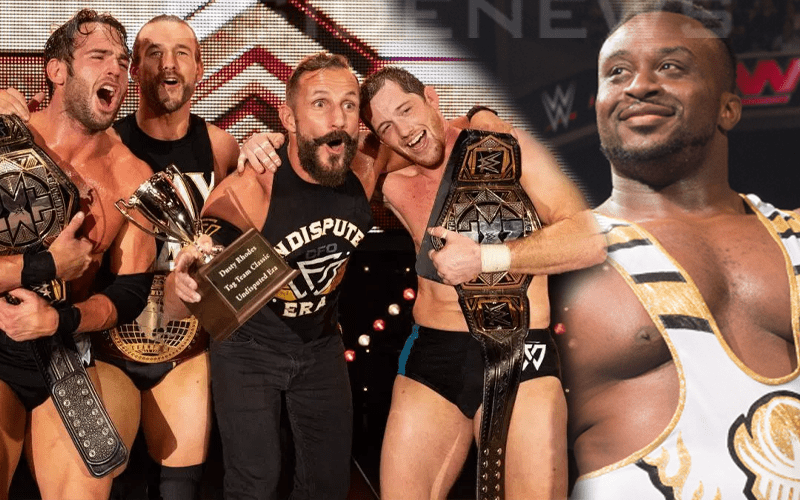 The New Day have been lucky to take part in many dream matches throughout their careers. They were only able to battle The Elite in the video game world, but you never know what could happen in pro wrestling.

While speaking to SportsKeeda Big E revealed that he has his eye on facing another stable in WWE, but they might have to get their main roster call-ups before it can happen.

“So, I think factions are awesome. I love the Tag Team stuff. We’ve been doing that for so long. But factions just give you so many options. 6-mans and singles and tags. Those guys have a lot of steam right now. And they’ve been killing it for a while. So, at least for the last couple of years, that’s what comes to mind.”

The New Day vs The Undisputed Era could be an amazing recipe for a series of highly acclaimed matches. Of course, if they take in the Tokyo Dome they would be even better.

WWE has a lot of people in NXT even with the recent subtraction of four top Superstars. Perhaps The Undisputed Era will find their way up to the main roster as a stable and we could actually see this match go down. Big E is certainly hoping for it.