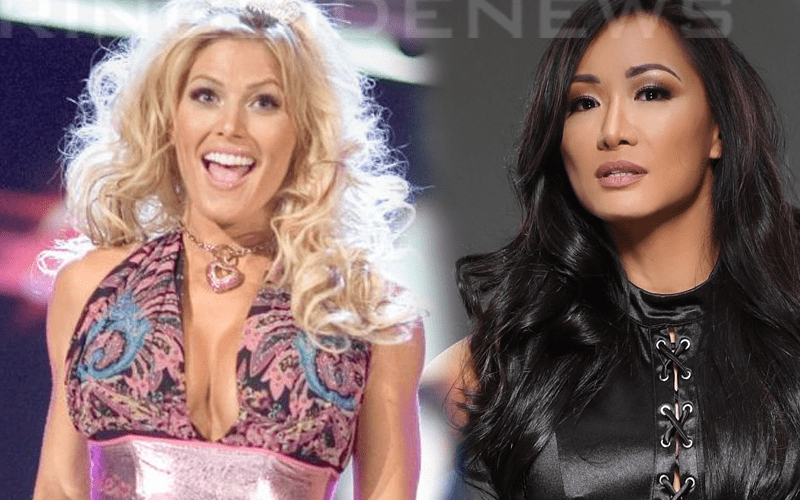 Gail Kim might not be coming back to WWE any time soon, but she is still well aware of what is going on with her former employer. She recently heard like the rest of us that Torrie Wilson is set for a WWE Hall Of Fame induction. She was happy for Wilson, but other “fans” might disagree.

One particular fan discredited Wilson while saying that she doesn’t deserve to be in the WWE HOF and how her induction is “controversial.” This garnered a rather intelligent and angry reply from Gail Kim who seemed to take this comment personally.

Why is it controversial? She has contributed a lot to the business and the fans adored her. There are people who are way more controversial picks. Like that poop Donald Trump. I don’t care whether there is a celebrity inductee or not. That whole part should be taken out.

Torrie Wilson did not reply to this troll. If anything, she is probably waiting until WWE makes the announcement official. Either way, even if she wanted to say something with friends like Gail Kim around, she doesn’t have to fight many online battles.