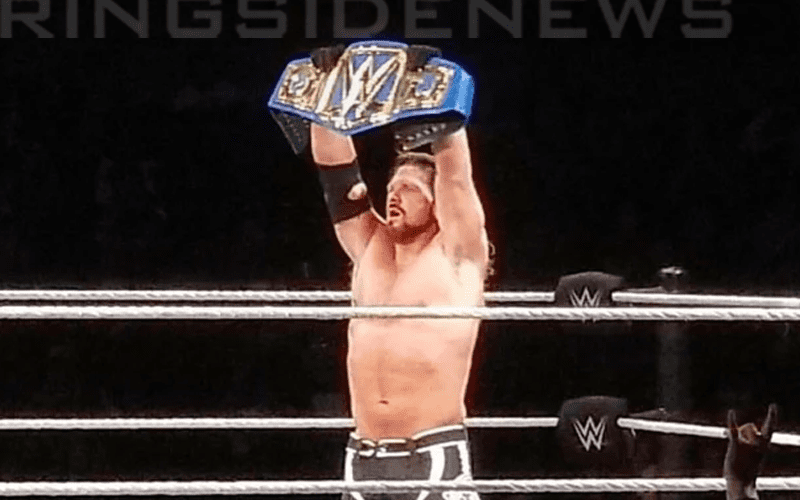 WWE has plenty of championships and with each new brand they need to adopt more. Daniel Bryan recently introduced a wooden version of the WWE Title because he didn’t like the excess that the old championship represented. This is just the latest change for the title, but a new title belt appearing online has really made people wonder what is going on.

This new WWE Title belt is blue which matches the SmackDown Live brand. After all, RAW’s top title is red (although you never see it when Brock Lesnar is the champion). However, AJ Styles took the mic at WWE’s live event in Syracuse and explained that the new blue title is not officially endorsed by WWE.

This fan-made title made plenty of people lose their minds online. However, as you can see in the video below, AJ Styles pulled this new blue title out of the crowd. He said it was an answer to Daniel Bryan’s “little hemp belt.”

You never know how long Daniel Bryan will hold his wooden WWE Title. He could very well lose it at WrestleMania if KofiMania continues to run wild. However, if WWE goes back to a traditional title design it will very likely just be the old WWE Title even though Daniel Bryan threw it in the trash on SmackDown Live before introducing his new planet-friendly version.