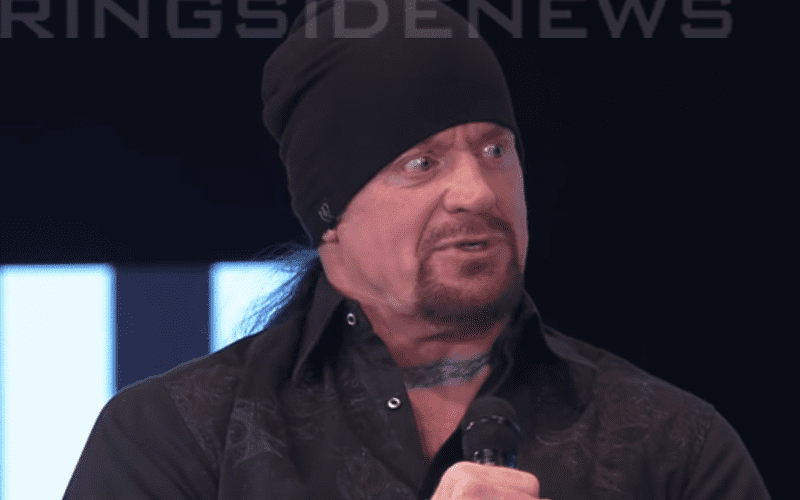 The Undertaker might not be feeling too good about wrestling at WrestleMania this year, but it’s easy to understand why. This is especially true as he named off the laundry list of injuries he sustained over his career.

While speaking to pastor Ed Young, The Undertaker said that he has been through seventeen surgeries throughout his career. He also suffered more concussions than he is probably aware of as well. All of this certainly added up, but as a WWE Legend he can pick and choose his dates now and this is why he wants to be smarter about those dates this year.

“I’ve torn a pec, I’ve torn biceps. I’ve had several joint surgeries just to get floating bone chips and different things removed. Been concussed I don’t even know how many times. Yeah, it’s taken a pretty good toll on the body so it’s kinda smoke and mirrors to kinda keep everything together. A lot of , a lot of stretching and ice. But yeah, it’s not as glamorous as a lot of people think, I love it obviously it was my calling and my passion in life. It’s not nearly as glamorous as you’d think — if you didn’t work, you didn’t get paid.”

The Undertaker then spoke about how the industry has changed throughout the years. Now a concussion gets much more attention and direct chair shots to the head is a big no-no in WWE. It used to happen all of the time and Taker knows that pain well.

The Undertaker’s body has been through a lot of damage over the years, so we don’t blame him one bit for taking it easy because he can.