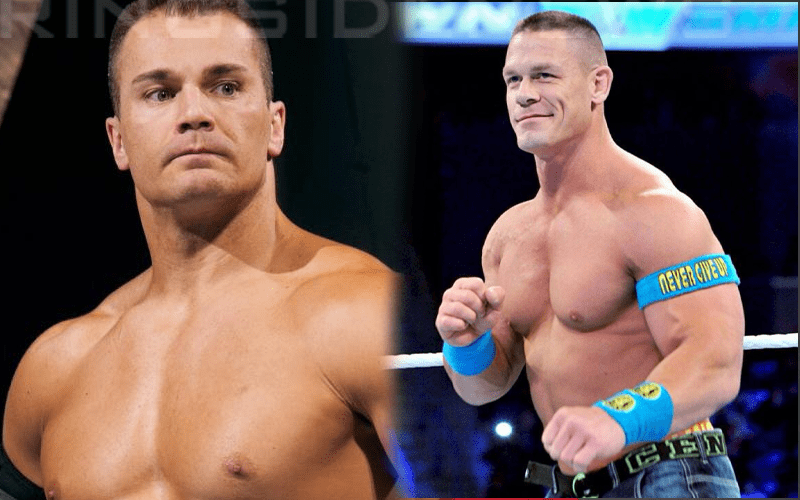 John Cena has wrestled and lost many times throughout his career, but once he changed his ring attire things seemed to turn around for him. Lance Storm realizes this all too well because he has two victories over Big Match John — but they were before Cena donned his magic jorts.

One fan recently asked Lance Storm if he had ever been in the ring with John Cena and what his weakness is. Storm replied that he has wrestled John Cena twice before and won each time. Then it was concluded that Cena’s jean shorts must be giving him that extra bit of something special.

Wrestled @JohnCena twice. One single, one tag. Beat him both times. The key to beating him is facing him when he was still wearing tights and wrestling boots. Those Jorts are his super powers

Maybe we could see John Cena if he was just wearing different ring attire. Right now fans aren’t seeing much of Cena unless they catch a Hefty commercial. He is currently filming a new movie, but he should be back for WrestleMania 35 where Cena’s hair could be longer, but his jeans will very likely still be short.