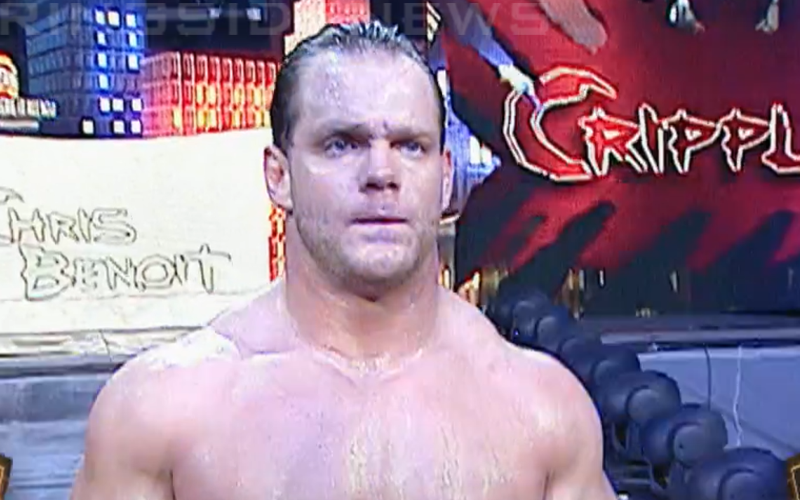 Chris Benoit’s memory has been washed away from WWE history due to the tragic double-murder suicide that ended his life. He killed his wife and child before hanging himself leaving everyone to wonder what happened.

WWE takes concussions very seriously now. The company’s policy on concussions cost Daniel Bryan two years of his career and recently kept Alexa Bliss out of the ring for months. This is unfortunately the kind of thing that WWE used to allow their Superstars to previously compete with.

As RVD recently spoke to the WINCLY podcast, he revealed not only that he has suffered hundreds of concussions in his own career, but thanks to Chris Nowinski’s studies of CTE, he discovered that Chris Benoit’s brain showed signs of an elderly man with dementia. This caused WWE to dramatically change their concussion protocol.

“The way it was introduced to us as talent, because we didn’t know much about it, was unfortunately through the Chris Benoit incident. Around that time, Chris Nowinski, who studies brains up in Boston, he got a hold of Chris Benoit’s brain from his dad and he studied it and he said what he found was that it was the brain of a very old man with dementia because of the wear and tear and the damage on the brain, the top protein deposits.”

“It was something they’d been studying with football players for years and they knew that 99 percent of the brains they tested in the NFL from people who had the high-impact concussions in their career showed what they were looking at was called CTE. It became controversial right away because WWE denied it and said it didn’t have anything to do with that.”

Chris Benoit’s story is a very tragic one and we never want to see anything close to it happen ever again. WWE is doing all they can to take concussions as seriously as possible from this point on as well. This is apparent by the amount of time they give Superstars after suffering from a concussion.

It is just extremely sad that an event like Chris Benoit’s death and the murder of Nancy Benoit and their son Daniel had to occur in order for WWE to take this kind of action.