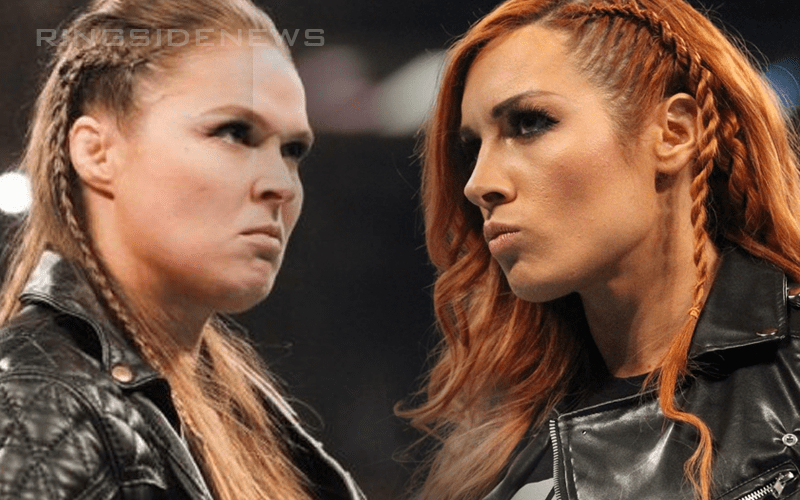 Ronda Rousey hasn’t held anything back from Becky Lynch as they continue their big feud that is destined to end at WrestleMania 35. Rousey sent a couple of very non-TV-PG tweets at Lynch yesterday and WWE is reportedly not thrilled about the content.

Dave Meltzer noted on Wrestling Observer Radio that although Paul Heyman probably isn’t 100% responsible for this, it definitely fits in with his reputation.

“It’s not what he’s done before, but I know him. This is how he thinks.”

WWE wants attention toward their feuds and it looks like Rousey and Lynch are getting plenty of eyeballs for their online spats. We will have to see what happens next because Ronda Rousey certainly surprised us a couple of times with what she said to The Man on social media already.