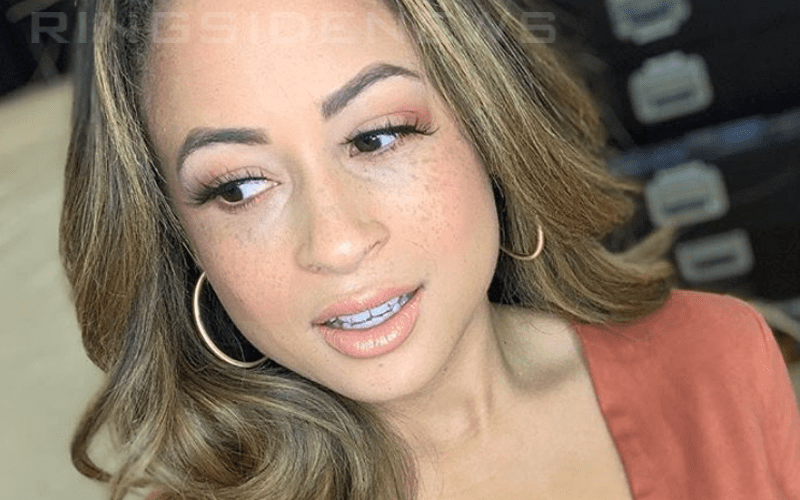 Kayla Braxton is WWE NXT’s ring announcer and she is also a familiar face on RAW and backstage at pay-per-views. Braxton grew up in foster care and is very open about her experiences. She just recently found out about her ethnic background and as she says, there are people throwing tons of hate her way for it.

Braxton unloaded on social media by posting a lengthy message directed at those who continue to throw hate at her over her race and her situation. She’s obviously tired of it which is totally understandable. It’s unfortunate that Braxton even needed to send this message out, but she did so in a well-worded public address.

“I was hesitant to write this but I’ve had enough. Some of you are extremly disappointing and quite honestly, disgusting. Many of you have personally attacked me on my ethnicity. And for no reason. For those who don’t know. I was raised in foster care. I never knew my father or anything about him. Last year I did ancestry DNA and learned of my ethnic background and I have been transparent and shared that info with my followers in hopes to help others who have a similar background.”

“But I often see your comments — you know who you are — making fun of me for just now discovering I’m half black. Questioning it. You’ve called me ‘white bread’ ‘sticky white’, ‘mutt’, ‘mixed breed.’ You say I only claim my black side when it’s convenient to me… I AM PROUD OF EVERY PART OF ME.”

Braxton then included three famous quotes in a separate slide. One from Martin Luther King, Jr, another from Benjamin Franklin, and a third from Kayla Becker which said: “Ignorance ain’t cute.”

It is sad that Kayla Braxton is having to deal with this kind of abuse. She did not know her heritage and just discovered it recently. As she tried to publicly embrace who she is, there was apparently a swarm of ready to tear her down.

Braxton then continued and put some of her haters on display.