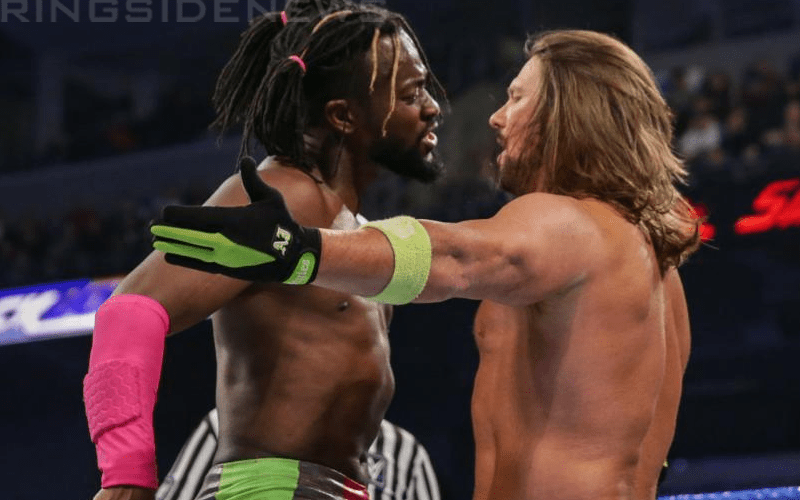 Kofi Kingston was added to the WWE Elimination Chamber match because Mustafa Ali was injured. It is said that Ali suffered a concussion and told WWE he could work, but they decided against it.

Kingston impressed plenty of fans with his performance in the gauntlet match on WWE SmackDown Live this week. After lasting an over an hour, he was taken out just before the match was abruptly ended by Randy Orton as he made WWE history.

Ringside News has learned that Kofi Kingston was put over so much on SmackDown Live because he received Mustafa Ali’s booking for the match. WWE intended on putting Ali over huge and Kofi got the push instead. Therefore, it was originally supposed to be Mustafa Ali lasting over an hour instead.

We will have to see how they insert Kofi Kingston into the Elimination Chamber. Since they are of similar size any planned spot for Ali could certainly be filled in by the veteran Kingston as well.

This could be the start of something great for Kofi Kingston even though it is rather sad for Mustafa Ali.