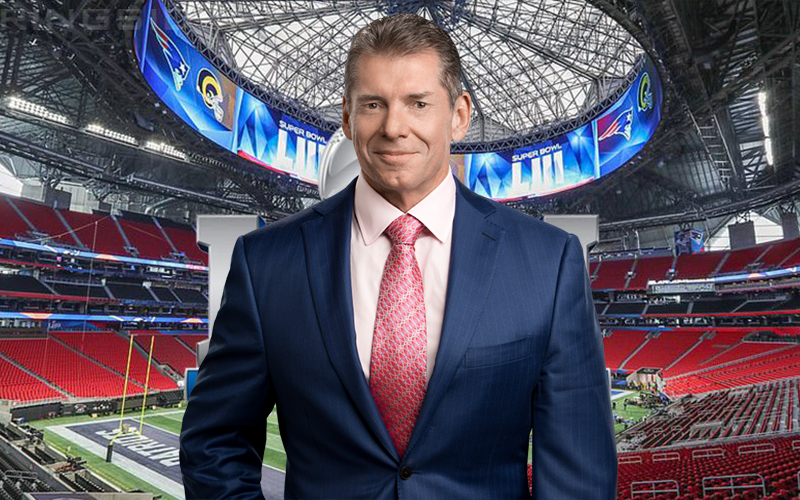 WWE owns as much property as they can get. They have a lot of slogans and sometimes it is difficult to keep track of them all. “Then, now, and forever,” has been featured on WWE programming for a while, but apparently, WWE didn’t own the rights to it.

CBS used something very close to the famous “Then, now, and forever” line during advertising in the Super Bowl this year. They said, “Then, now, always.” Obviously, this struck a chord with WWE because they locked their phrase down the next day.

According to recently filed paperwork on February 4th, WWE applied for a copyright on “Then Now Forever.” This happened on the day after CBS used a similar slogan during their ads which aired in conjunction with the Super Bowl.

WWE put a lot of stock in that “Then, now, and forever” slogan. They plastered it on video games, action figures, and of course, their television programming. Vince McMahon even concluded his “promise of a New Era” speech with the phrase where he worked everyone.

To think that WWE didn’t have a lock on that phrase is rather absurd, but that seems to be the case. Now they don’t have to worry about it falling into anyone else’s hands.