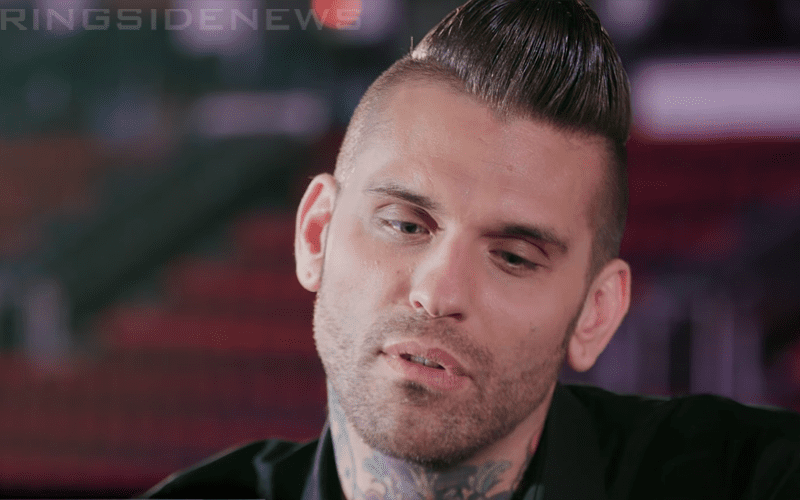 Corey Graves is the World Champion Of Love (at least that’s what he wants to be known as from now on). He isn’t shy about his opinions at all and it shows in his commentary style. If you thought that Graves is unglued on RAW and SmackDown Live, it’s nothing compared to his Twitter.

Graves clapped back at a fan who was condemning his commentary style. The biggest issue some fans had was the fact that the WWE commentator took a direct shot at government assistance.

“Well, ‘Blunt Boss,’ clearly you’re setting the world on fire. Maybe you could take over?

But that would probably mean returning your food stamp card and actually having to hold down a job.”

There was a slew of hate in Corey Graves’ direction after that. Graves tried to explain his comment, but it might have been too late.

“I’m not sorry for anything. I once had an ACCESS card. I had public assistance. But never ONCE, did I blame anybody for my problems or shortcomings but myself. And I did better. So before you continue your ‘triggered Twitter campaign’ do your ****ing homework.”

You can check out some of the tweets he received below as well as a couple of his replies. It sounds like he doesn’t care and figures that this kind of thing will get him a couple extra zeros on his paycheck when it is all said and done.