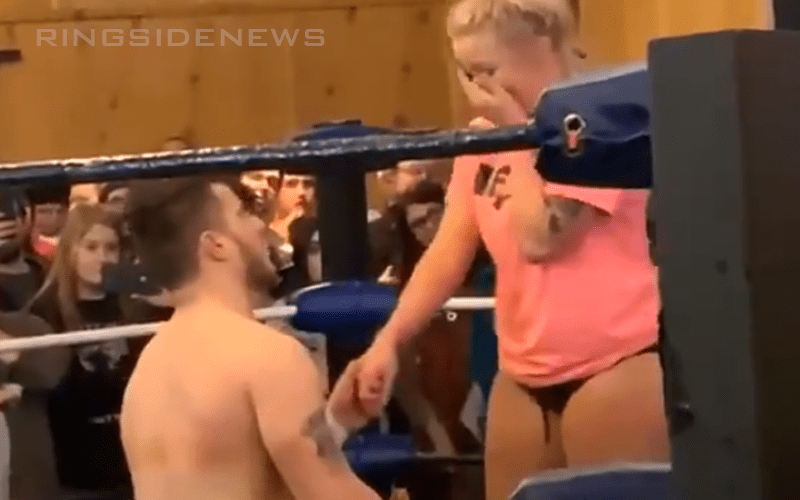 During tonight’s Bizzaro Lucha event at the Indiana City Brewing Company in Indianapolis , IN, AEW’s MJF proposed to his girlfriend and fellow wrestler Allie Kat. Kat accepted the marriage proposal.

Ringside News has obtained footage of the proposal, which you can see embedded in the video below.

UPDATE: It did not end well for these two