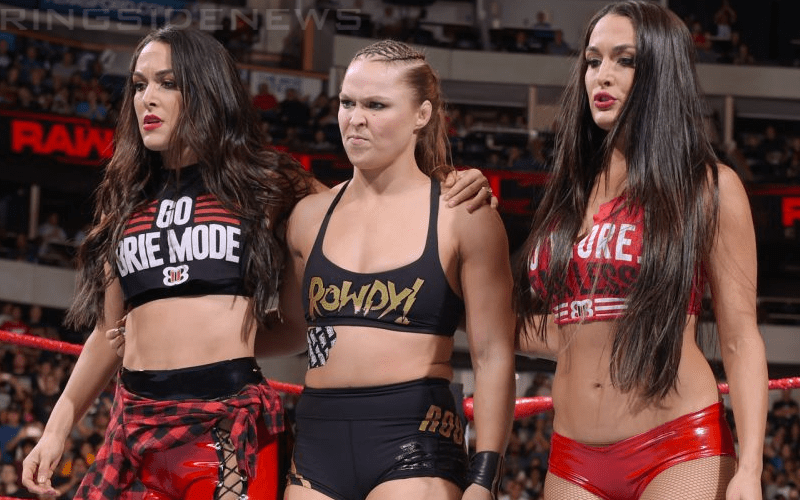 The Bella Twins made their WWE comeback with a short run in 2018. It concluded with Nikki Bella’s match against Ronda Rousey at WWE Evolution, but there were a few bumps along the way.

During Total Bellas, Brie Bella expressed displeasure about the fact that Nikki wanted to train with Ronda Rousey. This turned out to have some negative results.

Before The Bella Twins returned to the ring, Ronda Rousey and Nikki Bella discussed doing what makes her happy backstage. Rousey said journeys of self-discovery are some of the most important you can go on.

Then during The Bella Twins’ return to the ring, Brie Bella botched two dives to the outside. She said it didn’t hurt her, but her pride was obviously damaged in a big way.

They then realized very quickly that both needed to train with each other and other female Superstars in order to fully get the ring rust off. One week later, Brie Bella kicked Liv Morgan in the head multiple times giving her a concussion. That incident was teased to be covered on next week’s episode.