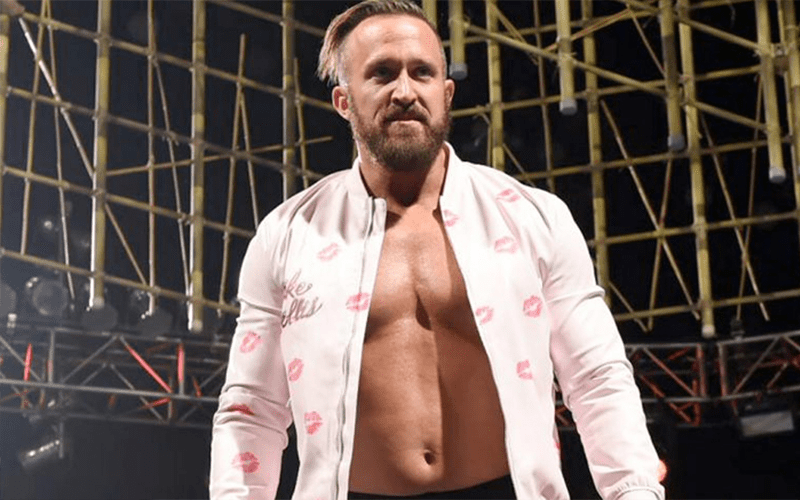 Mike Kanellis never received the push he was hyped to get in WWE. Then he disappeared for a while. He was dealing with an addiction and although he didn’t go to rehab, it is something he was able to overcome.

Kanellis got in fantastic shape, but he still wasn’t appearing on 205 Live. Mike and his wife Maria Kanellis reportedly asked for their WWE releases, but both were denied.

Mike Kanellis sat out of the Royal Rumble, but at least he got to watch Maria do her thing with a great view. Today he posted a video saying that nobody should give a crap about what other people think about them.

Kanellis said that this is something he still struggles with, but “the only person who has to live with yourself is you.” He also mentioned the anonymous nature of the internet and how people can say anything they like while hiding behind their keyboards.

You can watch the minute-long motivational video from Mike Kanellis below.