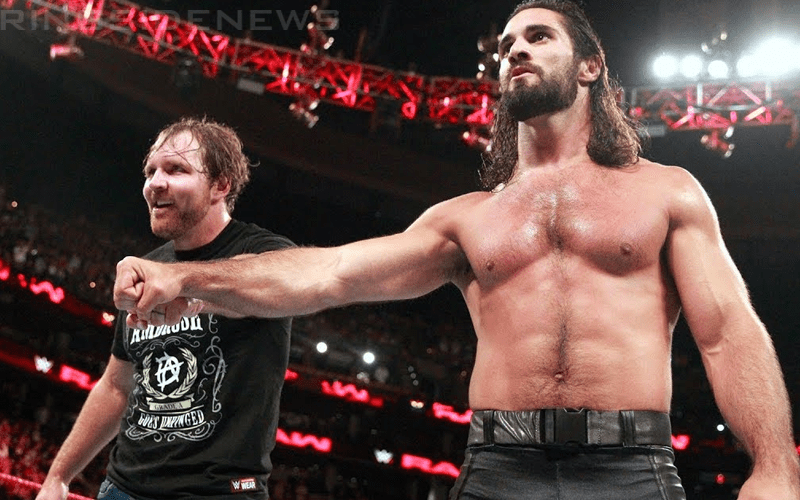 Seth Rollins and Dean Ambrose’s names will be forever linked no matter where The Lunatic Fringe goes. The Architect recently spoke to E&C’s Pod Of Awesomeness where he shared a story about how Ambrose was actually brought into WWE in part by his own recommendation.

When Seth Rollins first arrived in FCW, he wasn’t impressed about being a part of WWE. They couldn’t draw a crowd for WWE’s developmental shows and he felt out of place. Then the company decided to take a look at a man known on the indies as Jon Moxley and it would change both of their lives forever.

“I was there and I felt kind of alone and after the first year they actually hired Joey Mercury on as a producer and Joey was like, ‘We gotta switch this man, we gotta change. This culture down here sucks. We gotta find guys who are passionate about the business. That’s how we get better, you know?’ So one of the first people he reached out to me about to ask if I had any opinion on was Dean Ambrose.”

“[Mercury] had seen his promos on YouTube and Ambrose — if you go back and watch some of Ambrose’s promos as Jon Moxley on YouTube they’re just captivating. He had kind of a Joker- type thing to him like a Heath Ledger-type thing to him. They were so raw and guttural and his voice — he was one of those where you couldn’t listen to him.”

“I’m like, ‘Yeah dude, I’ve met him once or twice and he’s great you know full-sized human being he’s not 5’ 2″ or whatever […] I was like, ‘Yeah give him a shot and let’s do it’ and when they brought [Dean Ambrose] in and he got hired we started working together and you’d think we were in the womb wrestling together like it was so unique and so perfect. It was one of my wrestling soul mates.”

Dean Ambrose and Seth Rollins’ partnership would obviously continue past their time in Florida Championship Wrestling as it evolved into NXT. Soon they were called up to the main roster as 2/3 of The Shield and the rest is history.

Ambrose seems to have his mind set on leaving WWE when his contract expires in April. Therefore, he will likely be known as Jon Moxley once again very soon. Only time will how soon it will be until fans hear another promo from Moxley and which company he will be working for.