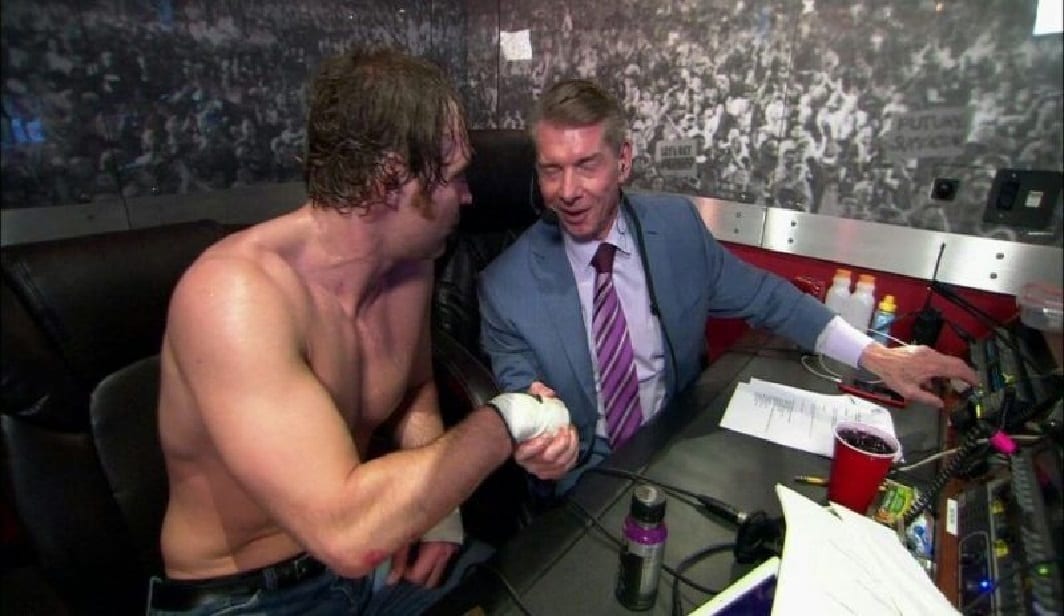 Dean Ambrose isn’t sticking around WWE after his contract expires in April. WWE made a very interesting decision to simply release this information and let everyone know about it.

Ambrose’s mind couldn’t be changed after a slew of meetings over Royal Rumble weekend. This is when he finally put his foot down and told Vince McMahon that he will not be re-signing.

While speaking to the Major Wrestling Figure Podcast, Ambrose discussed getting used to seeing Vince McMahon. He grew up as a huge pro wrestling fan so meeting The Chairman was probably something at first, but in time it lost its luster.

“It’s trippy. When you first make it to WWE, that’s one of those things where you’re like, ‘I’m going to be in a video game, I’m going to have a toy and everything,’ and it’s like, ‘!’ It’s very cool.”

“It’s still hard to wrap my brain around it sometimes that I’m even in WWE. Because you’re so used to just walking around and seeing Vince McMahon and Triple H walking like I’m so used to having conversations with Vince McMahon. It’s hard to remember like, ‘whoa, you were just a kid watching this on TV. It’s like, whoa!'”

Ambrose obviously got over the special feeling of seeing Vince McMahon and Triple H. Because it obviously didn’t convince him to stay.