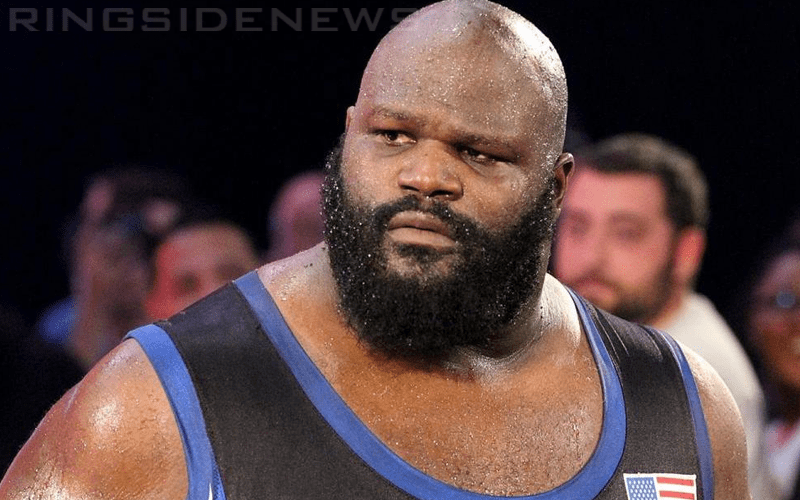 When WWE rolls into town they usually want to leave a good impression. This is apparently becoming a problem backstage because people aren’t picking up after themselves. There is also an issue with people not showing up to work on time and not getting along once they do.

Mark Henry appeared on Not Sam Wrestling recently and he talked about his new role in WWE as “locker room enforcer.”

Since there is a changing of the guard going on in a sense, it seems that the WWE locker room has lost some key pieces of etiquette that they used to strictly abide by.

“Me being gone this last year and a half, there’s a lot of stuff that’s happened in the locker room that would’ve never happened under my watch.”

“People arguing and fussing about stuff. There’s been a couple of people be habitually late, which Vince hates. But he have Taker or Me. Booker’s not there — only at TV. Big Show’s been injured. So all the guys that hold peoples’ face to the fire not there.”

Now Mark Henry plans to be around more often and he will put a stop to any of those shenanigans going on that don’t meet the rules of the locker room.

“That sh*t is fixing to come to an abrupt stop. Because I will be at all pay-per-views now. We’re gonna reestablish the chain-of-command.”

Mark Henry later said it’s not about stooging, it’s about making the business look bad. It is good that WWE looks like they’re going to have Henry around to put his foot down a little bit. He is a locker room leader in a huge way and we could eventually see this change backstage translate to a better product on-screen.

Thanks to Pro Wrestling Sheet for the quotes