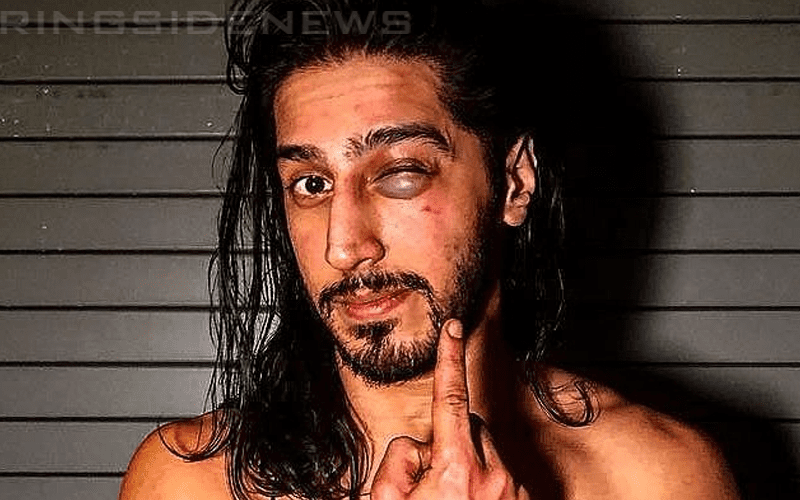 Mustafa Ali is a pretty tough guy. He can take a real beating and proved that at WWE SmackDown Live this week. He might have lost to Randy Orton, but he took everything The Viper had to offer and earned a pretty impressive comeback at the end before he lost to an RKO outa nowhere.

Ali still ended the night with a pretty busted-looking face. This is of course, something Nia Jax commented on later as she wondered if it was her doing.

Bryan Alvarez said on Wrestling Observer Live that he was at the SmackDown Live event. He said that Mustafa actually got his shiner when he sold Randy Orton’s Garvin Stomp incorrectly.

Instead of just laying there as he should have, Ali sold the move and raised his head up. Then RKO came down with a stomp right on his face by accident. This is what busted his eye up so it wasn’t a stiff punch after all.