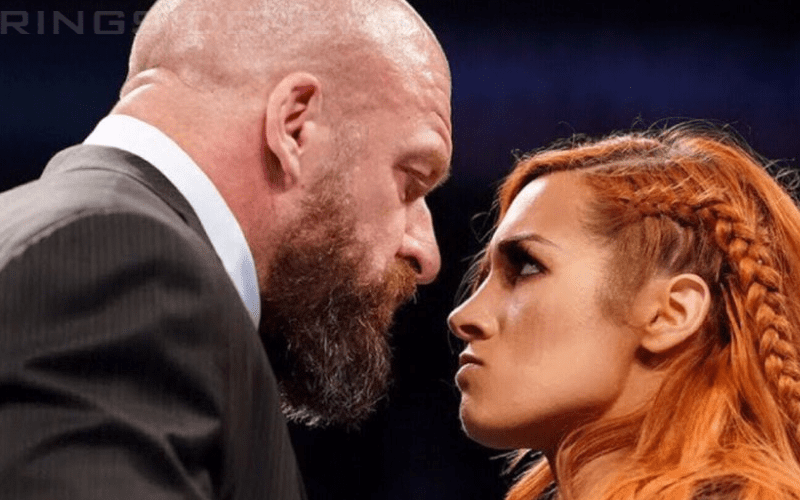 WWE SmackDown Live started off this week with Becky Lynch showing up in the crowd to interrupt Charlotte Flair’s promo and then out came Triple H. After WWE’s COO ran off Charlotte Flair because this doesn’t concern her, he had a talk with The Man.

Triple H told Becky Lynch to go home because she is suspended. He also challenged Lynch calling her out for being self-destructive and saying her injury isn’t real (it isn’t). Then The Man finally had enough.

Lynch unloaded on The Game with a thunderous slap. Of course, Becky did the same to Stephanie McMahon on the previous night and so much more. This was certainly something she brought up to trigger Triple H.

It looks like a lot of people liked watching Becky Lynch slap the taste out of Triple H’s mouth. The video is currently sitting at 2.2 million views. This is dramatic and the video sat at the top of YouTube’s trending videos for a while today.

It just goes to show that people really wanted to see The Man slap The Game.