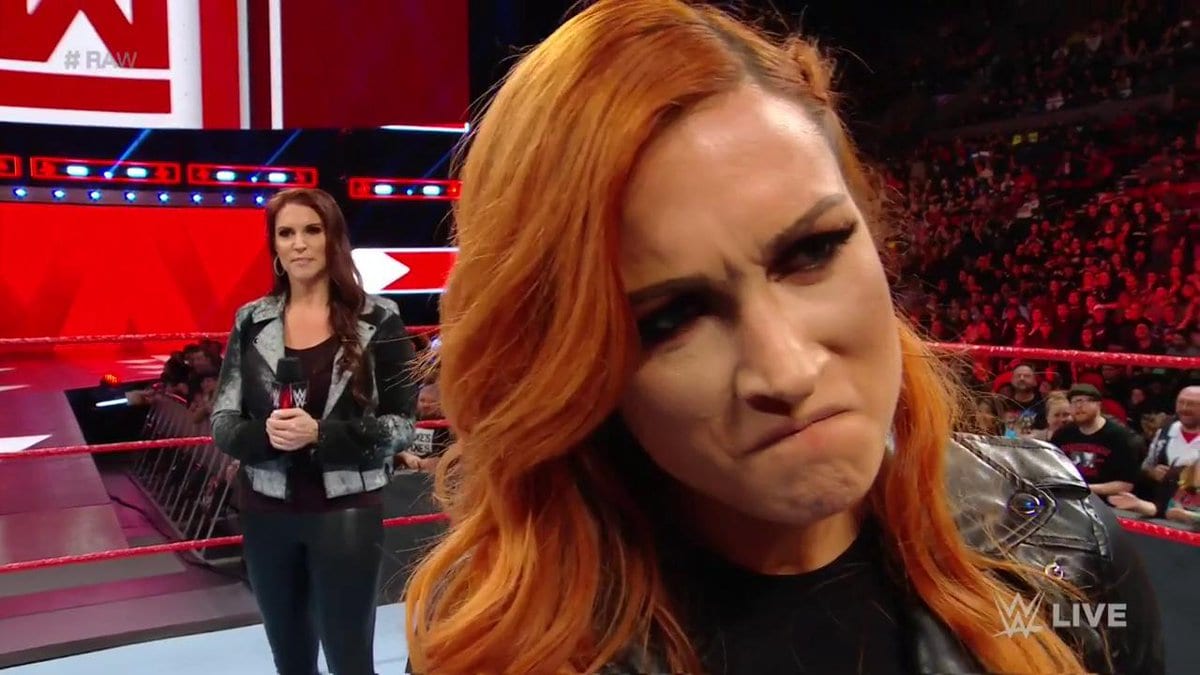 Stephanie McMahon kicked off RAW and Becky Lynch came out to join her before she could even give The Man a proper introduction.

McMahon put her attention to Becky’s knee right off the bat. Lynch said no doctors are coming near her. Then Stephanie McMahon said she understood how Lynch felt after having her Survivor Series match with Rousey taken away due to injury.

The Man said there’s nothing Stephanie McMahon or any “stupid doctor” can do about it. Then Stephanie said she won’t be cleared to compete until she sees the doctor.

Lynch refused to see a doctor because “you’re not taking my moment away from me, Steph.”

Then Stephanie said she will be forced to suspend Lynch and Becky replied that if McMahon says that again then she won’t be responsible for her actions.

Finally, after a back and forth, McMahon was forced to suspend her until Becky sees the WWE doctor. This was followed by Becky Lynch laying into Stephanie McMahon with an attack. Then Lynch proceeded to fight off WWE officials that tried to break them up.