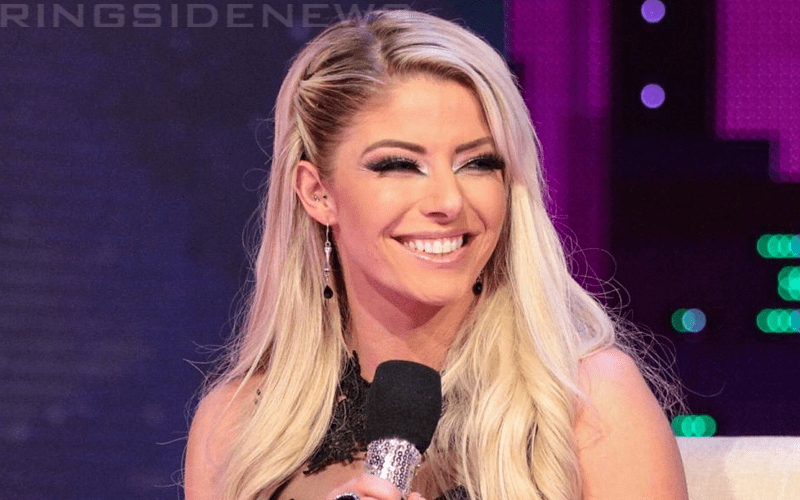 Alexa Bliss hosted a Moment Of Bliss segment on RAW this week that saw EC3 as her guest. She didn’t get him to speak at all, in fact being mute on the microphone might be WWE’s strategy for EC3 which doesn’t make sense considering how great his promos can be.

Dave Meltzer discussed WWE’s position with Alexa Bliss during Wrestling Observer Radio. With Ember Moon out of action, it gives RAW one less babyface. Along with WWE apparently turning Mickie James babyface too, it seems like Bliss could be making a turn herself.

“Alexa Bliss was definitely positioned as a babyface tonight, yes.”

It looks like with RAW’s need for babyfaces in the women’s division they need to turn some women to the good side. Bliss has performed as a babyface before, but it is arguable that she is much better off as a heel. We will just have to see what happens from this point on.