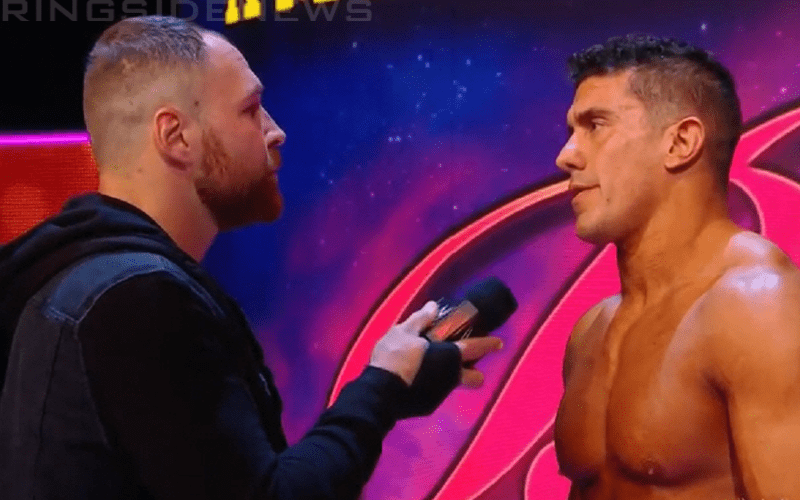 Alexa Bliss was trying to host a Moment Of Bliss segment. EC3 was her guest, but he didn’t get to speak. Instead, Nia Jax came out to trash talk and cut into the conversation.

Then Dean Ambrose came out and received a huge pop from the Portland crowd. Dean said that he didn’t want to be out there, but it was obvious he had something to say.

Ambrose said that it’s obvious that Jax has a crush on him. He told her to back off because it’s not the first time a woman has been attracted to his animal magnetism.

Then Dean Ambrose turned his attention to EC3 and knocked the microphone out of his hand. Ambrose asked him what his name is, but didn’t give him a chance to speak. He asked a slew of other insulting questions like “Where is EC1 & 2?”

Then EC3 decked Ambrose and walked to the ring. Dean and EC3 had a match next and it didn’t end well for Ambrose. EC3 hot a quick pin and won the match.