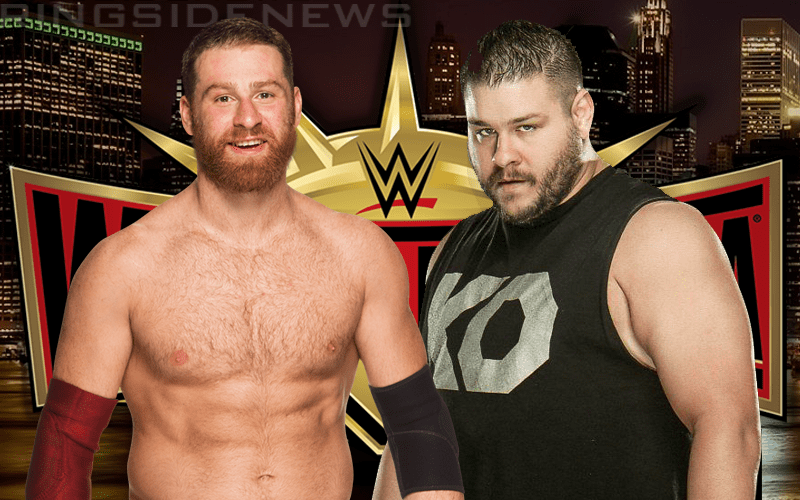 Kevin Owens underwent double knee surgery shortly after Sami Zayn had to go under the knife for two shoulder surgeries. The injuries came in pairs for Kevin and Sami, but they are nearing their expected WWE returns.

Mike Johnson noted on PW Insider Elite audio that even if Owens and Zayn are ready for a return soon, it doesn’t mean that WWE will have room for them right now.

“I have not heard anything definitive about them returning to the road.”

“I would guess right around WrestleMania if not right afterward. Because you know they probably have their stories set and even if they can go, WWE may look at it and go, ‘Well, we’re going to start a fresh series of stories the day after WrestleMania we can bring them in and give them better introductions than having them get lost in the surge of our WrestleMania stories.”

It is possible for even incredibly talented WWE Superstars like Kevin Owens and Sami Zayn to get lost in the shuffle. It has happened before in WWE.

Only time will tell how soon WWE decides they need guys like Sami and Kevin around. It isn’t even guaranteed that they will be returning as a team. However, as WWE continues down the road to WrestleMania it appears that they might already have their card in mind and there is just not enough room for the Kevin and Sami Show in MetLife Stadium.