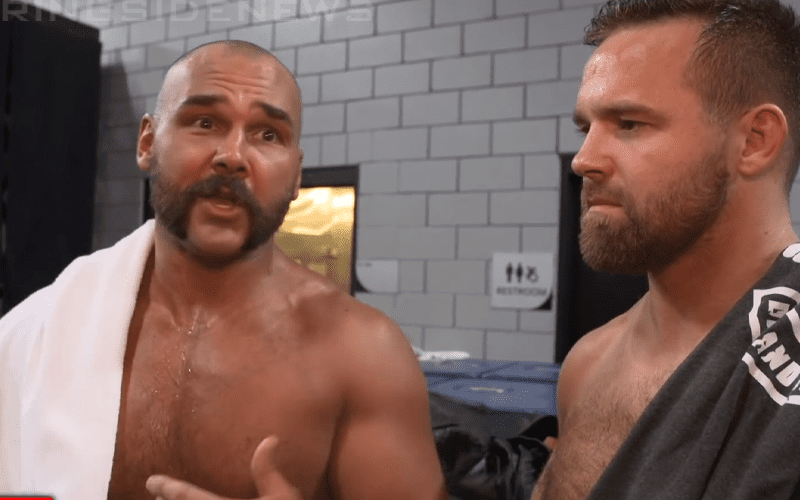 The Revival won a fatal four-way match on Raw this week to become the #1 contenders for Bobby Roode and Chad Gable’s Raw Tag Team Titles. A match was not booked, but they will get their title opportunity “down the line.”

After Raw was said and done, The Revival cut a backstage promo and revealed a lot if you read into what they said.

Scott Dawson said that he and Dash Wilder have been a team for 27 years. From the schoolyard to the ring. Their goal is the capture the Raw Tag Team Titles and that they are the best.

Then Dash Wilder chimed in to offer his take on the conspiracies that have haunted them since their main roster call-up.

“Now 2019. Now WWE Raw we showed the world why we are the absolute best when we win the Raw Tag Team Titles and we revive tag team wrestling.”

Scott Dawson followed up this message with one of his own where he addressed the rumors of their WWE departure head-on.

“There’s a rumor going around at The Revival. I’m sure you’ve heard about it. It’s the scuttlebutt all over the place and we’re here to let you know man the rumors are true. Dash and plan on leaving Monday Night Raw as the Raw Tag Team Champions, but for now, Top Guys out.”

That was a very interesting way to address a story that is very true within a WWE promo. With The Revival in another position to capture the RAW Tag Team Titles, it makes us wonder if Vince McMahon will fulfill his promise to really make top guys in WWE.