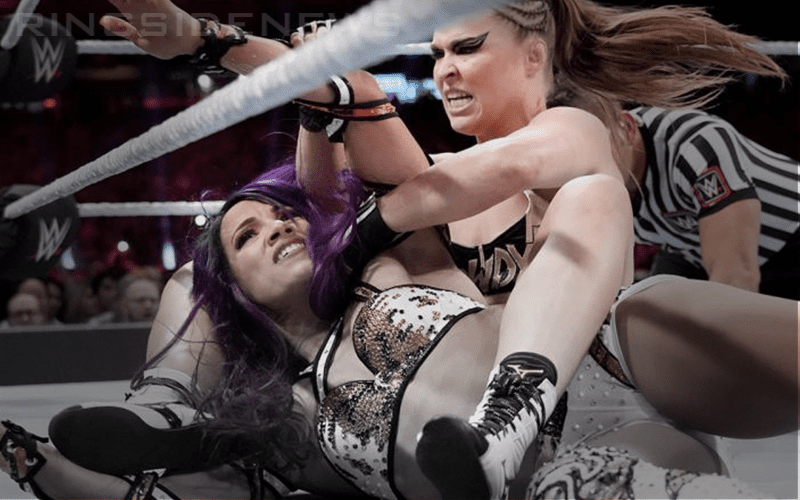 Sasha Banks took Ronda Rousey to her limit at the WWE Royal Rumble event. She didn’t pull own the RAW Women’s Title, but she made a big statement. She also suffered an injury during that fierce encounter.

John Pollock of Post Wrestling reports that Sasha Banks was injured during her match against Ronda Rousey at the Royal Rumble pay-per-view. Thankfully, her situation doesn’t seem to be as bad as Seth Rollins.

“Sasha Banks was not cleared after her match with Ronda Rousey last Sunday at the Royal Rumble, but she is expected to be cleared for Monday’s Raw and her tag match with Bayley against Nikki Cross and Alicia Fox.”

Hopefully, Banks will be able to get back to work. She could be earmarked to become one half of the new WWE Women’s Tag Team Champions at the WWE Elimination Chamber event. The full listing for that match leaked and the Boss n Hug Connection are certainly featured.