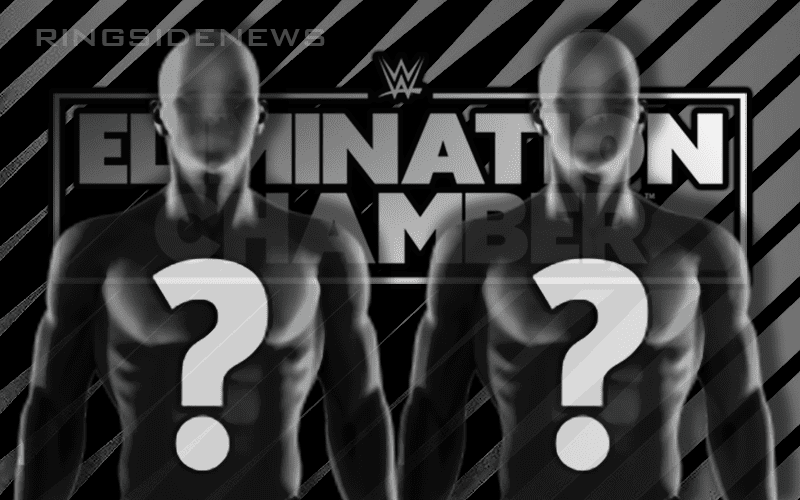 WWE is re-introducing Women’s Tag Team Championship Titles. This is exciting news for fans of women’s wrestling and WWE will crown their new champions at the Elimination Chamber event on February 17th.

We already know of four teams that are set to be in the match. The Riott Squad and Nia Jax & Tamina Snuka had to earn their spots by winning matches on RAW. That was not the case for the other two SmackDown Teams.

All The IIconics and Mandy Rose & Sonya Deville needed to do was say that they are going to be in the match. Therefore, we are only lacking two more teams.

It looks like WWE might have let those other two teams leak. Because an advertisement for the Elimination Chamber is listing The Boss n Hug Connection and Naomi & Carmella in the match as well.

So it looks like the six teams are going to be The Boss n Hug Connection, The Riott Squad (Liv Morgan & Sarah Logan), Mandy & Sonya, Naomi & Carmella, The IIconics, and Jax & Tamina.