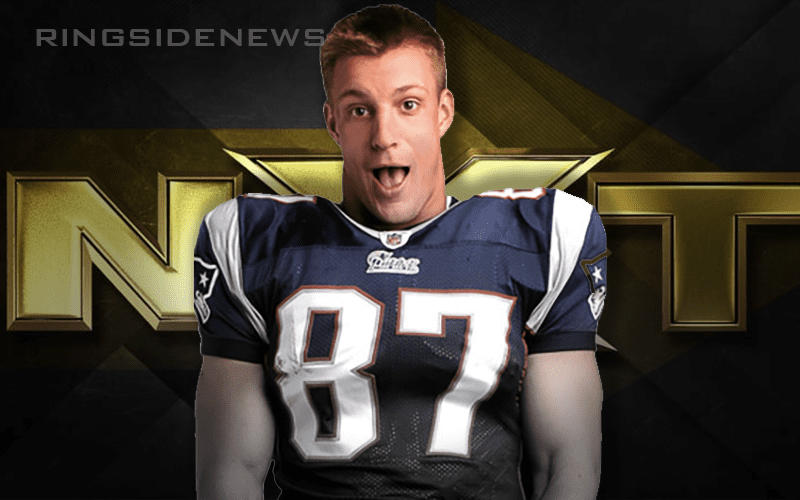 WWE loves bringing in big names from other sports especially if they have a preexisting affinity to pro wrestling. Ronda Rousey was a huge get for WWE, but they might have their eyes set on the Super Bowl this year as well. Because New England Patriots’ tight end Rob Gronkowski has been on WWE’s radar for quite some time.

While speaking to Sports Illustrated, WWE COO Triple H said that the door is wide open for Gronk if he chooses to join them.

Rob is very close with one of our stars, Mojo Rawley. We’ve met a few times, and he’s actually come down to the Performance Center and even done stuff with us at WrestleMania. He’s a great guy, an incredible player, and it’s hard not to root for him. I’ll be watching him, but that’s also because my wife is a massive Patriots fan.”

“Gronk has mentioned WWE before, that he loves it and said had so much fun doing it. I don’t know if it’s something he’d be seriously interested in, but that’s how the conversation started with Ronda Rousey, too. the door is open for him at WWE.”

Gronk had a nice spot at WrestleMania 31 where he assisted his buddy Mojo Rawly to the Andre The Giant Memorial Battle Royal. You never know if Rob Gronkowski could decide to make a move to WWE. However, recent reports state that he is more likely to try his hand at acting instead.