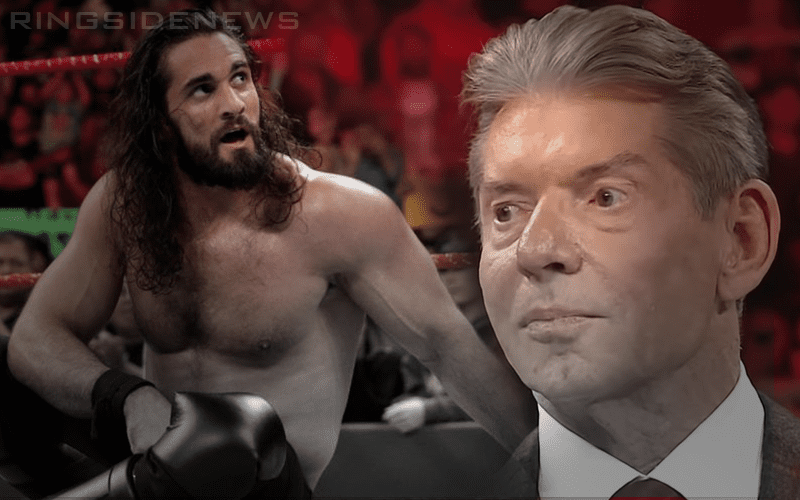 Vince McMahon has his own vision of what he wants WWE to look like. It used to be considered the land of the giants for a reason. Now it seems like they are booking smaller guys in top positions.

This could be an answer to the growing trend of smaller guys becoming top stars on the indies. For whatever reason, Seth Rollins was not Vince McMahon’s first pick for Brock Lesnar’s WrestleMania opponent.

Vince McMahon’s original plan was to book Braun Strowman to beat Brock Lesnar at the Royal Rumble. Then Braun’s elbow injury happened and it took him out of the match. This spot was, of course, filled in by Finn Balor who McMahon has kept as a backup.

The original plan was for Braun Strowman to face Drew McIntyre at WrestleMania 35. This match would have seen McIntyre defeat The Monster Among Men and launch him into main event status as Universal Champion.

The problem is we have been told that both Braun Strowman and Drew McIntyre have fallen out of Vince McMahon’s favor in the past couple of weeks.

It is said that Braun Strowman can be his own worst enemy backstage and will sometimes do things to put his foot in his mouth or violate some unwritten backstage etiquette. Drew McIntyre has cooled off considerably in WWE as well after his feud with Dolph Ziggler went nowhere.

As we previously reported Triple H was the one behind Seth Rollins’ push backstage. He was constantly politicking for the match to end up the way WWE eventually booked it.

We will have to wait and see if Vince McMahon will give the Universal Title to Seth Rollins on April 7th. Because The Architect was apparently not his first pick for the big match.