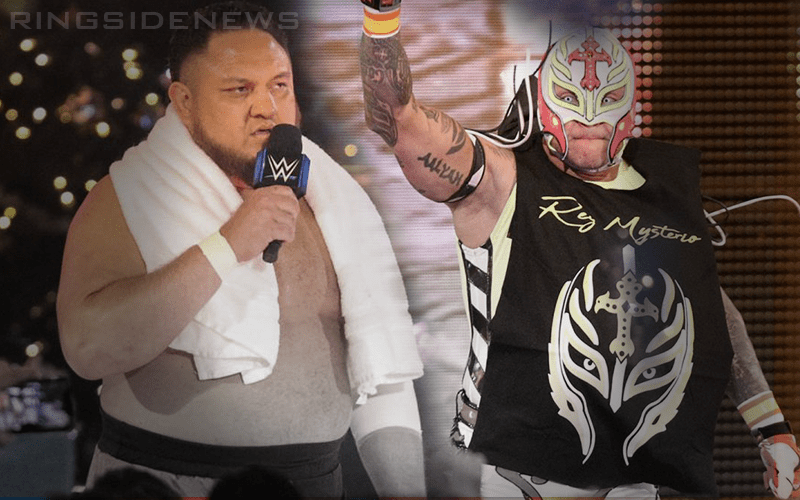 People say that “plans change” in WWE a lot because it happens all the time. This week’s SmackDown Live featured a slight creative change after a match between Rey Mysterio and Samoa Joe was announced. So they just scripted it differently and the match never took place.

Samoa Joe showed up to end Mysterio and Andrade’s 2 out of 3 falls match a couple of weeks ago. This set up a confrontation between Rey and Joe on Tuesday. However, Andrade had other plans this time when he jumped Mysterio before the match could start.

We have learned that WWE did intend on having Rey Mysterio face Samoa Joe. However, the decision was made to nix the match and simply continue on with Mysterio’s program with Andrade.

There are rumors that WWE could be gearing up for a mask vs hair match between Rey and Andrade. This could be their plan, but there are a lot of ways they could blow off this feud.