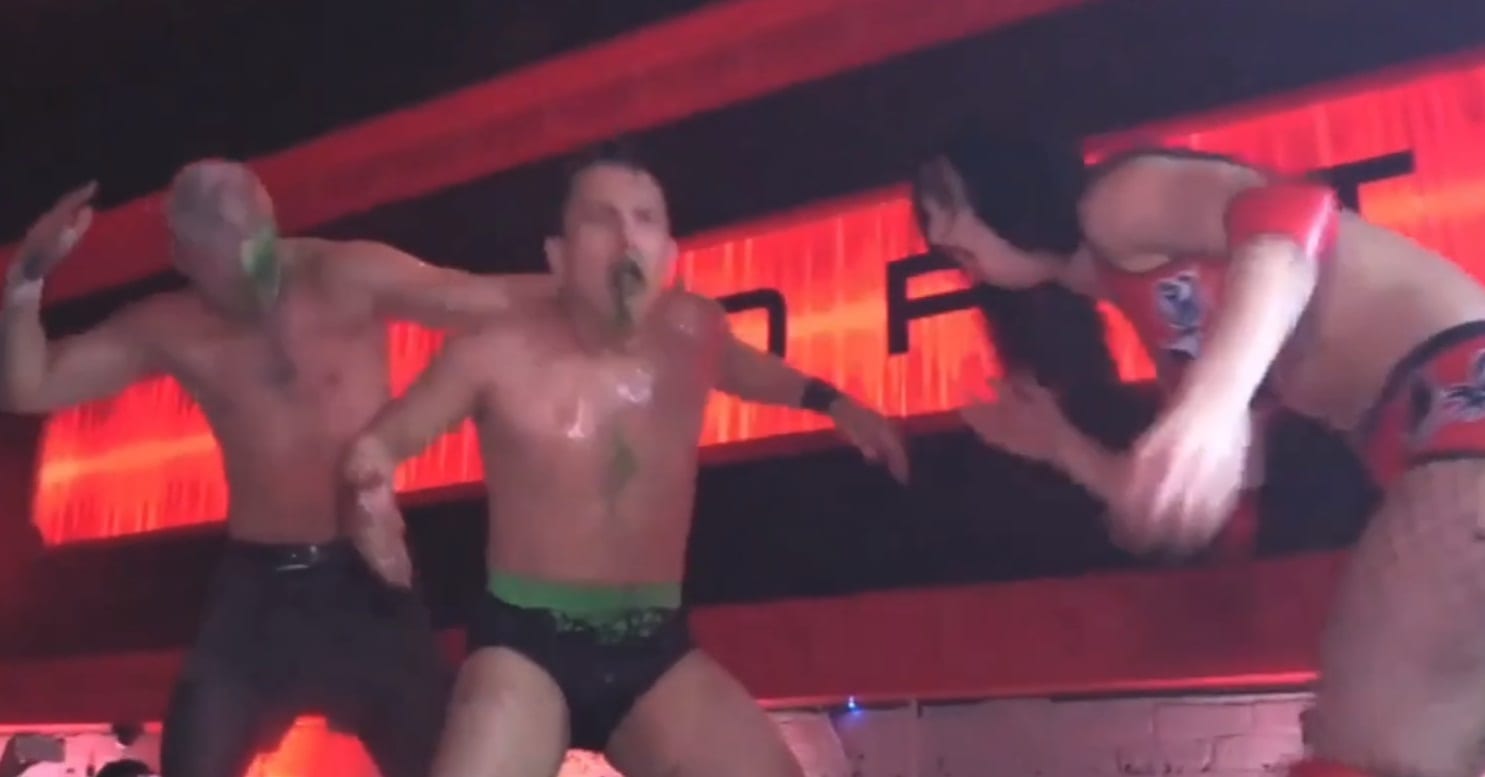 Priscilla Kelly made headlines when she pulled a tampon out and shoved it in her opponent’s mouth (mind you this wasn’t totally real). It still got a lot of people talking.

Her recent stunt went down in a pro wrestling match with no ring at The Ultimate Bar Brawl in Atlanta. Kelly teamed with Darby Allin against Delilah Doom and Eli Everfly.

As you can see in the clip, Priscilla vomits on Everfly and then her partner rolled him up for the win. This might not get the same kind of attention that kayfabe pulling a tampon out of her and shoving it in Tuna’s mouth might have gotten, but it still caught enough of the Internet Wrestling Community’s attention.

It seems like Kelly is going to keep pushing the envelope. She isn’t really worried about hurting her chances with WWE even though we’ve heard the company was less than pleased with her tampon stunt.