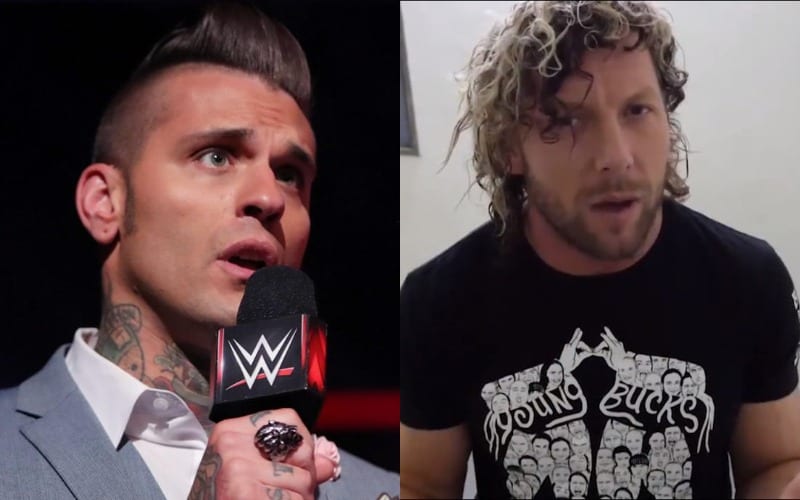 Corey Graves is pretty connected in WWE. He calls the action on both RAW and SmackDown Live so he knows what is going on most of the time. Still, Graves is surprised from time to time like when the Hardy Boyz returned because he had no idea it was going on so he marked out with the rest of us.

Graves recently took part in a Not Sam Wrestling live event because he’s a very nice guy. Roberts asked Graves about Kenny Omega’s possible jump to WWE and The Savior Of Misbehavior had a very honest response.

“If he was coming I think I would know by now, but hey you know what? If he shows up I’m gonna have to think of something cool to say I guess.”

By all reports, Kenny Omega is going to AEW. His NJPW contract officially runs out at midnight Pacific Time on February 1st. Therefore, after that, he can put pen to paper. We will just have to see which contract he signs because it was said that WWE did everything in their power to bring him in.