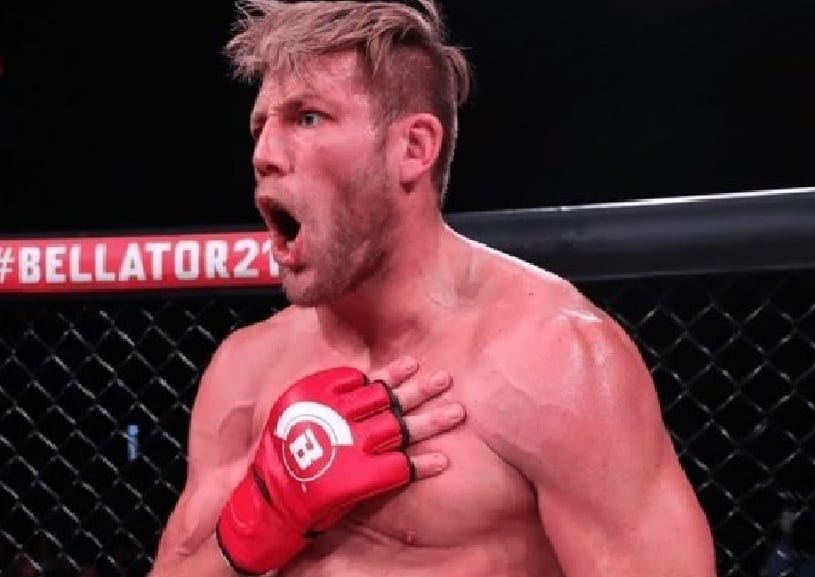 Jack Swagger competed in his first-ever professional MMA fight at Bellator 214 in Los Angeles. The former WWE Champion had quite a bit of fanfare as well including R-Truth showing up to rap the Real American American to the cage.

Mike Johnson commented on PW Insider Elite audio that WWE and Bellator certainly had to reach an agreement for Swagger’s fight to go down as it did. The MMA company not only featured an active WWE Superstar, but they also used plenty of WWE-owned clips in the process.

“R-Truth was there rapping him in and they made all sorts of references to WWE. They even did ‘We the people’ there was a reference to that in his ring entrance.”

“So there had to have been some sort of permission or handshake agreement or contractual agreement between WWE and Bellator because they even had clips of Hager wrestling as Jack Swagger on the pregame show of the broadcast. WWE isn’t going to give that stuff up without getting something in return.”

It is currently unknown what WWE could have received in return, but something had to have been arranged before Bellator started airing WWE clips. If anything, the fact that R-Truth appeared on the show and performed wouldn’t be allowed unless WWE said it was okay too.