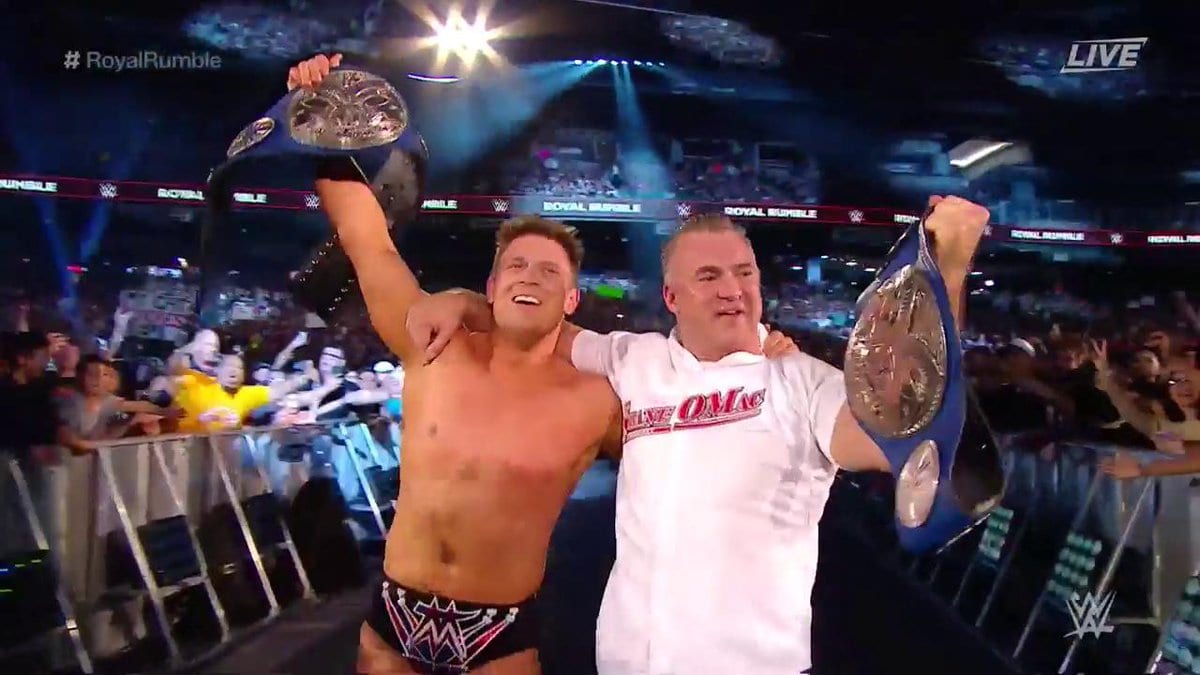 The Miz wanted to be Shane McMahon’s best friend and he bugged Vince McMahon’s son about tagging with him. Finally, during the Chrismas Day episode of SmackDown Live, they formed a team.

It didn’t take long for Shane McMahon and The Miz to find themselves in a position where they had a big challenge ahead of them. Because The Miz arranged a SmackDown Tag Team Championship match at the Royal Rumble.

These two had to get through The Bar first. Sheamus and Cesaro were not going to let go of their titles so easily though. The Best Friends of Shane and Miz took a lot of punishment, but in the end, they pulled it off.

The Miz nailed a Skull Crushing Finale on Sheamus while Shane McMahon climbed to the top rope and landed a moonsault for the win. After the match, The Miz and Shane McMahon celebrated with The Miz’s father at ringside.

It was truly a great moment for those two.